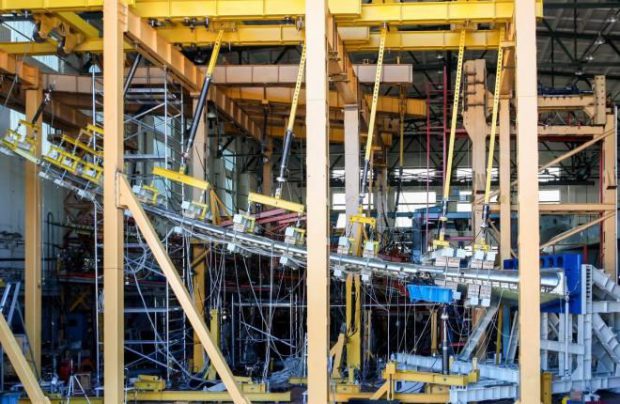 Wing loading tests conducted on the Russian Sukhoi Superjet 100 (SSJ100) regional jetliner have confirmed that the wing is strong enough to support the installation of winglets, the United Aircraft Corporation (UAC) reports on its website.

The tests were performed in order to make sure that the aircraft’s wing structure can support the weight of winglets. They involved applying loads to the airliner’s wing console with a mock-up winglet installed. UAC says the tests did not reveal any damage to the wing.

SSJ100 manufacturer Sukhoi Civil Aircraft Company (SCAC) launched a modernization effort on the aircraft back in 2014. The installation of winglets was to become the first step toward enhancing the airliner’s performance.

Several areas of the wing had to be reinforced to support the additional weight of the winglets and the increased loads the wing would encounter in flight.

The winglets are expected to imporove the SSJ100’s runway performance, in addition to increasing its fuel efficiency and range by at least 3%. Improvements to the airliner’s hot-and-high performance are also expected.

The tests were conducted by Riga, Latvia-based Aviatest Scientific Experimental Center, which had won SCAC’s tender. Aviatest designed and produced a mock-up center wingbox, to which the wing console was attached in the same way it is done on the actual aricraft.

The UAC is gearing up to begin static and fatigue tests of the winglet. Lightning trials will be conducted before the end of the year. A set of certification ground and flight tests on an aircraft with the horizontal winglets installed will follow. The winglets would be available as an option on newly produced airliners of the type.