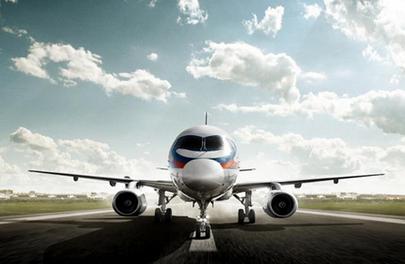 The average daily utilization of the cumulative fleet of Sukhoi Superjet 100 (SSJ 100) operated in Russia equaled 4.39 block hours in 2015, up 25.42% year-on-year, according to the annual report by the type’s manufacturer, Sukhoi Civil Aircraft Company (SCAC).

The SSJ 100’s first revenue flight was performed by Armenian air carrier Armavia on Apil 21, 2011. Since then, the entire SSJ 100 fleet has flown 171,702 hours, completing 117,769 cycles. Aeroflot, which operates the largest fleet of these aircraft (29), launched revenue operations with the type on June 16, 2011. According to SCAC sources, Aeroflot’s SSJ 100s had flown slightly less than 84,000 hours and completed nearly 53,000 cycles by late April (the carrier does not disclose such statistics). Mexico’s Interjet, the largest and most active foreign operator of SSJ 100, with 21 aircraft, had accumulated 37,679 hours on the type by last September, and its Superjets’ availability remained high at 98.87%.

Russian carrier Red Wings was the most active SSJ 100 operator until the Federal Air Transport Agency instructed the airline to suspend Superjet operations from July 1, 2016. Yakutia Airlines has been steadily increasing utilization of its Superjets, from around 2,500 hours in 2013 to some 4,000 in 2014 and, tentatively, to 8,000 hours in 2015.

The report also mentions two aircraft in the Sukhoi Business Jet (SBJ) corporate version. According to open sources, these two airliners, s.n. 95030 and 95037, are to be delivered to Rossiya Airlines, which will operate them in the interest of the Russian government. Five pre-owned Superjets were handed over to State Transport Leasing Company (GTLK) last year; two of these are operated by Ulan-Ude-based airline Bural, and one each by Red Wings, Irkutsk-based IrAero, and Yakutia.

The report says SCAC’s Komsomolsk-na-Amure plant, which builds Superjets, reached the production plan target last year, having rolled out 17 aircraft of the type (against 37 in 2014).