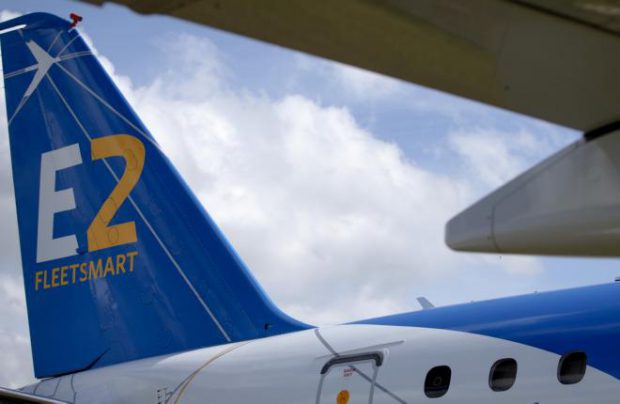 The first member of the Embraer E-Jet Е2 family - E190-E2 has already completed certification in US and Europe (Photo by Leonid Faerberg / Transport-Photo.com)

Tajik airline Somon Air might receive its first new generation Embraer aircraft by the end of 2018. The carrier’s CTO Bakhonur Rakhimov revealed the plans to extend the fleet with four newest E190-E2s in early February on the sidelines of the MRO Russia and CIS 2018 conference and exhibition, held by ATO Events in Moscow. However, there are no firm agreement between Somon Air and the Brazilian plane-maker so far, the top manager points out.

Somon Air will mostly operate the E190-E2s on domestic flights as well as services to nearby Uzbekistan. In 2017, the two countries resumed air communication which had been suspended for more than two decades due to political reasons.

The new coming E190-E2s are to substitute two ageing Boeing 737-300s in the company’s fleet – the EY-545 and EY-555 airframes of 1989 and 1993 model years, correspondingly. The latter turn obsolete so the company is planning to phase them out this year, Rakhimov says.