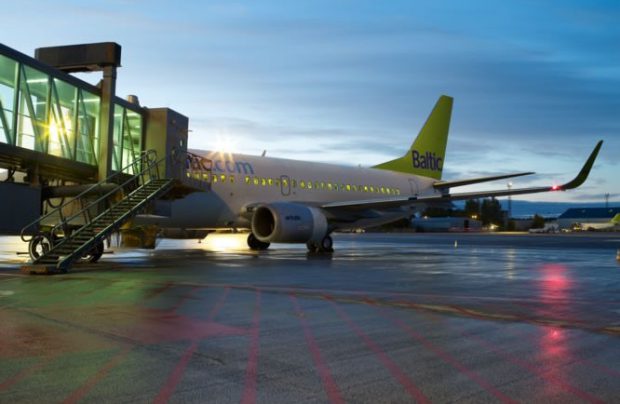 The largest airline serving the Baltic region is improving the choice and control it offers travellers and travel agents by introducing a new merchandising software from travel technology provider Sabre to help airBaltic launch its branded fares structure.

The airline, which operates from hubs in Latvia, Lithuania and Estonia, has introduced a new range of branded fares, which cater for the growing desire for travellers to unbundle each component of an airfare.

“airBaltic is a successful regional carrier that competes with both traditional and low-cost airlines operating in and around the Baltics and beyond,” says Sabre’s Alessandro Ciancimino, vice president, supplier commerce, for the EMEA region.

“Offering customers a choice and greater transparency over different fare options is a crucial part of airBaltic’s strategy to offer low-fare tickets in a simple and accessible way. Its branded fares offer passengers greater control over the types of tickets they buy, whilst helping the airline differentiate itself from its competitors; Sabre’s goal is to help the carrier market and sell these fares in new ways, through any booking channel,” he adds.

With its main base at Riga International Airport, airBaltic currently serves more than 60 destinations and plans to carry four million passengers this year across a network spanning Europe, Scandinavia, the CIS and the Middle East.

“Today’s travellers increasingly look at overall value rather than just the price alone,” affirms Jouni Juhani Oksanen, senior vice-president of e-commerce, sales and marketing at airBaltic. “By enabling our customers to purchase our fares based on what is important to them, we help to satisfy their demands as well as ensure we sell more seats and ancillaries.”

A joint stock company established in 1995, airBaltic’s primary shareholder is the Latvian state, which owns 80.05 per cent of the shares, while Danish businessman Lars Thuesen holds around 20 per cent through his fully-owned Aircraft Leasing 1 SIA.

In late May airBaltic impressed the market by ordering up to 60 new-generation Bombardier CS300 aircraft.

Sabre’s merchandising technology helps airlines distribute their branded fares to more than 425,000 travel agents and online travel agencies via Sabre’s travel marketplace. Using the Sabre Red Workspace, travel agents can view the ancillaries included within each branded fare, enabling them to present travellers with a more transparent picture, offering a wider choice and flexibility. Through the Sabre Red Workspace, agents will also be able to view IATA-promoted NDC (new distribution capability)-based offerings – which airlines are increasingly introducing – in the same way.