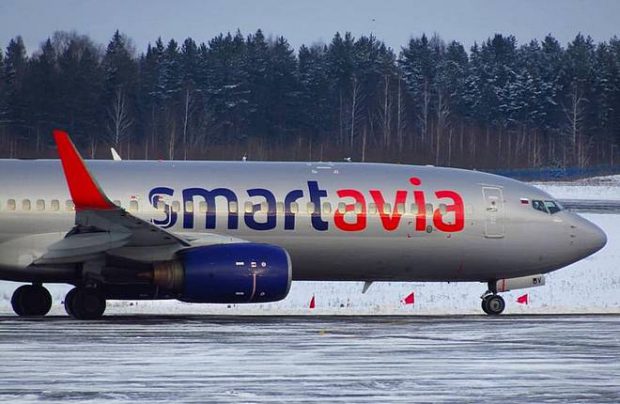 Smartavia is developing its business with the Boeing 737NGs (Smartavia)

Russian regional airline Smartavia, which is the brand name of Nordavia Airlines, is to rejuvenate the defunct maintenance facility at its Arkhangelsk Talagi airport (IATA: ARH) base. The existing maintenance hangar has been abandoned since its previous owner Nord-Technic went out of business in the autumn of 2018, having started out as Nordavia’s own maintenance division before it separated and became independent in the spring of 2017.

Smartavia’s general director Sergey Savostin has revealed to Russian Aviation Insider that the airline is awaiting the court’s decision to regain control of the hangar, which is expected to be ruled on in the summer of this year. The airline is also searching for a maintenance services provider to jointly re-launch MRO operations at Talagi airport. A shortage of maintenance slots elsewhere is impeding Smartavia’s fleet expansion plans, Savostin explained.

“Often, slot restrictions do not fit in with our aircraft delivery schedules. We were counting on adding aircraft in April and May, but because there are no maintenance slots available globally, the process may be delayed by four to six weeks,” he says.

According to Savostin, Smartavia is in the process of evaluating several candidates as maintenance partners, including companies from Sweden and Lithuania.

Pursuing aggressively its growth strategy Smartavia was the fastest growing among all Russian airlines in January, having carried 175,200 passengers, a staggering 91 per cent up year-on-year. By doing so, it had joined country’s top-10 airline league, ranking ten.