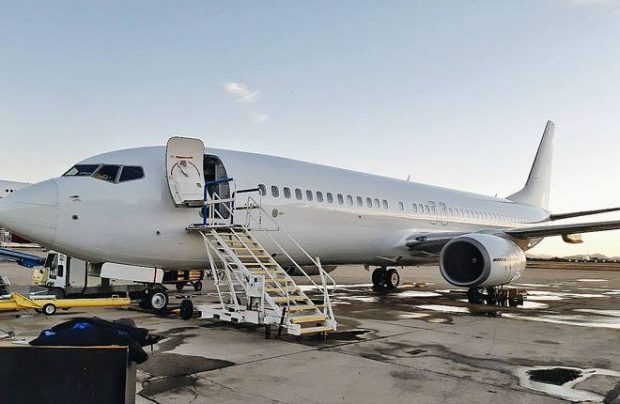 Boeing 737-800, with tail number UR-SQF, is scheduled to make its first flight for the new operator on December 25 (SkyUp Airlines)

Privately owned Ukrainian hybrid carrier SkyUp Airlines, which operates flights in the interests of holiday travel company JoinUp!, has added a fifth aircraft to its fleet. The Boeing 737-800, with tail number UR-SQF, has already been ferried from the USA to Kyiv, the airline reports.

The five-year-old, former Malaysia Airlines aircraft, offers a single-class cabin configured with 184 passenger seats. It is scheduled to make its first flight for the new operator on December 25. In February, the airline plans to refurbish the interior of the aircraft and fit an additional five seats.

SkyUp Airlines currently operates a fleet of four B737-800s and a single B737-700 and is expecting the delivery of another Boeing 737-700 before the end of the year. The airline also has a firm order for two Boeing 737MAX-8 and three 737MAX-10s on order, which are scheduled for deliveries in 2023 and 2024, thus becoming the first customer in the region to order the largest version of the re-engined family. According to Boeing’s reports, in November, the airline placed another order for a Boeing 737MAX, but the specifications have not been revealed and the carrier has provided no further details.