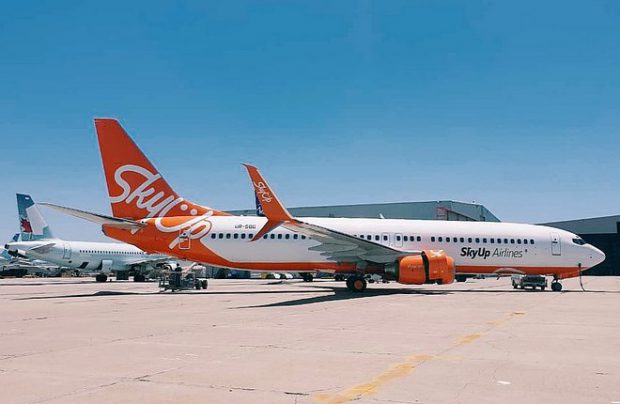 Ukraine’s fast-growing young hybrid carrier SkyUp Airlines has added an eighth Boeing narrow-body aircraft to its fleet. The 176-seat Boeing 737-800, with registration number UR-SQG, arrived at the airline’s Kyiv Boryspil airport base on June 7. The aircraft, sporting serial number MSN 30071, was produced in 1999 and was previously operated by China Southwest Airlines and Air China. It is powered by CFM56-7B26 engines and comes fitted with Boeing’s landmark split scimitar winglets.

This new arrival will serve as a dedicated standby aircraft, providing a back up for the main fleet, and will also perform ad-hoc charters for corporate clients, the airline says. By the end of this year, SkyUp plans to operate 10 aircraft. Its fleet now consists of six Boeing 737-800s and two Boeing 737-700s.

The airline was founded by Yuri and Tatyana Alba who are also the owners of Join Up!, one of the country’s major tour operators. In its first year of service, SkyUp, which launched operations on May 21, 2018, transported some 870,000 passengers.