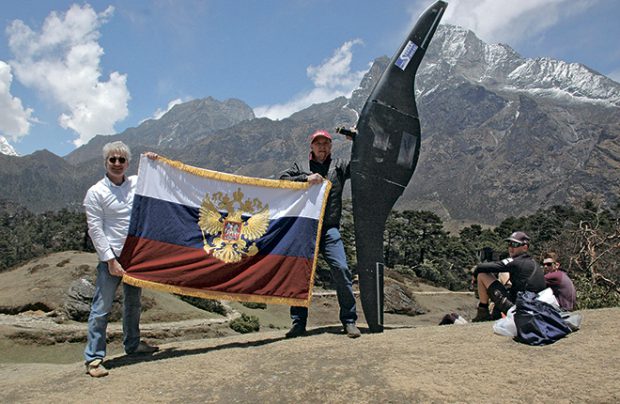 The UAV was tested in the Himalayas (SKAT Systems)

SKAT Systems, a Russian company, is premiering its SKAT 640 4G TERRA UAV at the MAKS show. The “flying wing” tailless design is powered by an electric motor.

SKAT told Russian Aviation Insider that the UAV is primarily designed for monitoring roles. The aircraft is already in production and in service, with potential applications spanning both the military and civil sectors. The UAV was recently test-flown in the Himalayas, setting the world altitude record for light manned aircraft weighing up to 1 ton. The vehicle climbed to 9,333 m. The designers stress that an unmodified production UAV was used for setting this record.

The SKAT 640 4G TERRA UAV can accelerate to 200 km/h, and has a range of 350 km. Its endurance is 5 hours. The aircraft’s components are manufactured in the Russian cities of Rostov, Izhevsk, and Moscow.