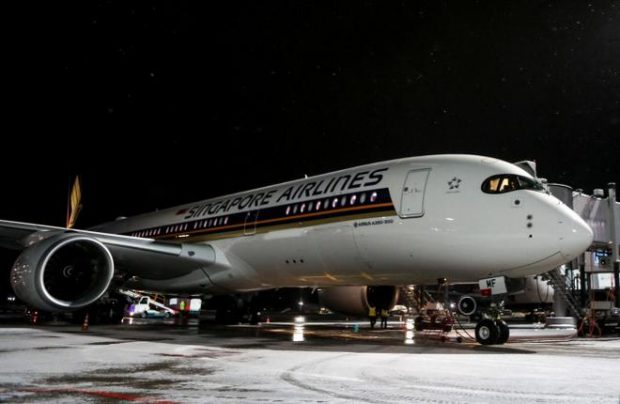 Singapore Airlines is up to relaunch its fifth-freedom flight via Moscow airport of Domodedovo. Starting from May 30, 2017 the carrier’s wide-body Airbus А350-900s will commence flying from Singapore to Moscow to Stockholm. The maiden flight of this type aircraft along the Singapore-Moscow route was performed on December 15 making it the first A350 ever to arrive in Russia within a regular flight.

The fifth-freedom flight allows the airline to pick up passengers at any point along the complex route what is generally forbidden for regular transit flights.

General Manager of Singapore Airlines in Russia Edmond Lim told the Russian Aviation Insider the introduction of the new connection will increase the frequency of Singapore-Moscow flights from four to five times a week. The top manager explained that the decision to extend the existing leg to Stockholm was made as the aircraft were wasting too much time on the ground awaiting for a return-flight to Singapore. However, due to significant distance of the flight, there was no point in trying to reduce the turn-around time in Moscow, Lim added.

The administration of Domodedovo Airport expressed hope the new flight will enhance passenger traffic from Scandinavia to Asia through Moscow. It is also worth mentioning that its introduction will increase the available capacities along the direct Moscow-to-Stockholm flight, which is currently operated by Russian flag-carrier Aeroflot only. Should the Russian authorities grant the passengers with an option of a transit visa allowing them to spend a few days in Russia, the demand for the new flight of Singapore Airlines will definitely grow.

The Singapore carrier used to operate the fifth-freedom flight from Singapore to Huston via Moscow but ceased the service on October 30, 2016 as the demand for flights to and from Russia was noticeably degrading at that time.   However, it is still unknown whether the new flight will remain active for 2017 fall-and-winter schedule.

The A350 servicing Moscow from Singapore will replace the company’s two-aisle Boeing 777-300ER. For now, it will operate two out of four round-trips but starting from January 3, 2017, all flights between the cities will be performed by the Airbus. The brand new A350 features 255 seats including 44 business class seats, 24 premium economy and 187 economy seats.