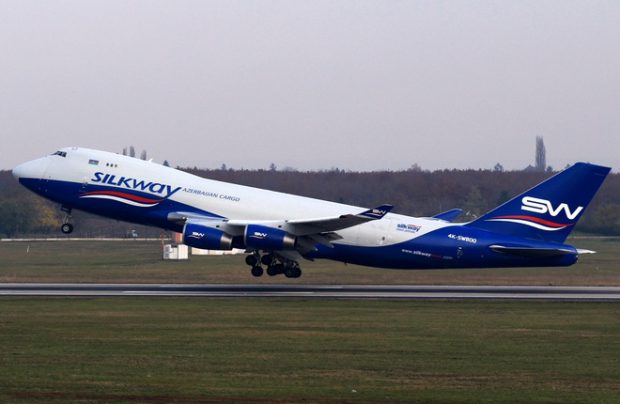 The first of the two additional wide-bodied, longhaul cargojets (formerly operated by Malaysian Airlines Cargo) joined the Azerbaijani all-cargo carrier last week, with the second due in June.

In the meantime, from the end of last month, Silk Way West has maintained its expansion flight-path by adding scheduled twice-weekly services between Belgium’s Liège airport and the Silk Way Baku hub. Along with the launch of services at the Belgian airport, the carrier has also recently re-introduced Boeing 747-8F services to Budapest, returning to the Hungarian airport after a two-year hiatus.

“The aim is to further knit our European network by adding more destinations and maintaining a denser schedule in order to offer our customers the highest flexibility,” adds Meier.

Silk Way West Airlines‘ fleet now consists of 13 Boeing 747 full freighters, with another due for delivery in June. The carrier operates a network of some 45 destinations through Baku, connecting China, Central Asia, the Middle East, Europe, Africa and North America.