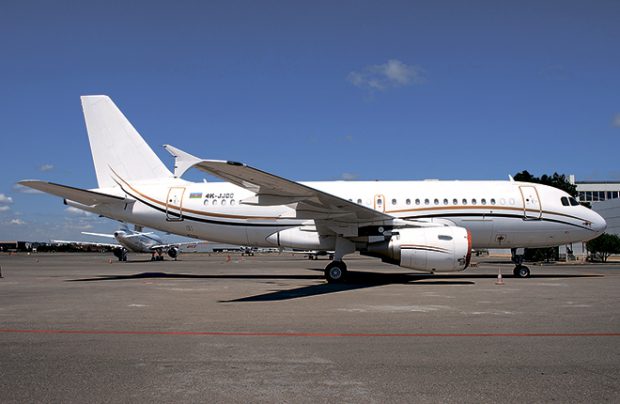 Azerbaijani operator Silk Way Business Aviation has taken delivery of an Airbus ACJ319 business jet. The aircraft, 4K-JJ88, was acquired in July this year and was immediately put into operation, the company told Russian Aviation Insider.

The new ACJ319 seats up to 20 passengers in business class and 12 in the VIP section. The aircraft is intended to serve “official government and business delegations, sports clubs, as well as Azeri and foreign tourist groups,” the carrier commented.

The operator’s spokesman remarked: “Demand for aircraft of this type is certainly high; they are popular both domestically and internationally, and our decision to buy was partially driven by commercial considerations.”

The aircraft was manufactured in 2008, and was previously operated by Austrian bizav carrier Tyrolean Jet Services.

Silk Way Business Aviation has prior experience of ACJ319 operations: it shares commercial flights on a similar jet, 4K-8888, with Azeri flag carrier Azerbaijan Airlines (AZAL). The aircraft, which seats up to 55 passengers, is owned by AZAL.

The company is very popular with Russian individuals and legal entities; in 2016 and the first half of 2017, Moscow was among the operator’s top three destinations.