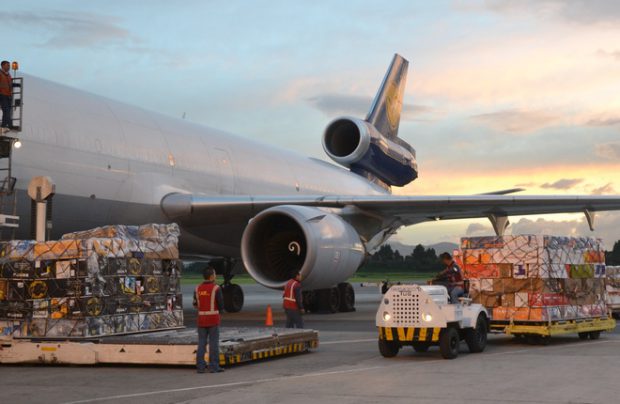 Abakan International Airport, which serves the city of Abakan in the south of Siberia (some 3,500 km east of Moscow), has obtained Rosaviatsiya’s approval for Boeing 747-8F and MD-11F aircraft operations, a move which the airport expects will enable it to lure cargo airline customers away from much larger Novosibirsk and Krasnoyarsk facilities.

The Siberian airport is reportedly targeting those scheduled cargo airlines which currently operate long-haul freighter routes between Europe and Asia, and is in talks with Germany’s Lufthansa Cargo and AirBridgeCargo, Russia’s largest scheduled airfreight carrier which is part of Volga-Dnepr Group.

Abakan is hoping to boost its business by attracting such customers away from the large rival Siberian hubs at Novosibirsk’s Tolmachevo (OVB, 570 km from Abakan) and Krasnoyarsk (KJA, 271 km). Last year the smaller airport handled 1,000 tonnes of cargo (up 9.9 pert cent year-on-year) and 169 tonnes of mail (down 4.2 per cent).

The capital of the republic of Khakassia, Abakan has a population of some 200,000 and is served by a number of Russian airlines with route networks that include half a dozen destinations in Russia, and flights to Turkey and Vietnam. The airport is thus an unlikely destination for a passenger version of Boeing 747-sized aircraft.