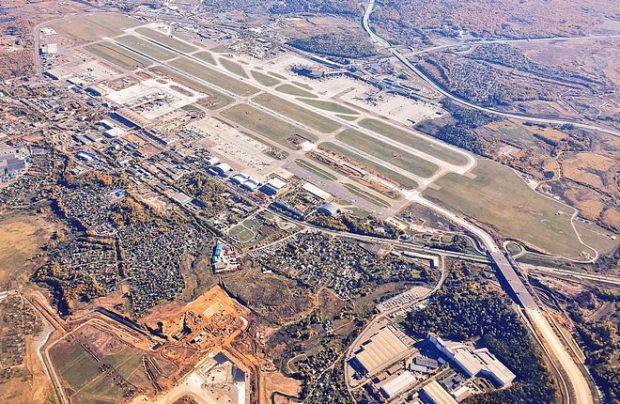 The board of directors of Sheremetyevo (SVO) has approved Russia’s largest airport’s development roadmap for the period until 2024. The new schedule still confirms plans to launch its key element – the opening of a third runway in 2019 –which will raise the facility’s total hourly throughput from the current 55 to 90 aircraft movements.

An adjacent hangar complex, including a maintenance base, is expected to become operational in 2020. It will offer seven hangar spaces for maintenance operations for at least seven airlines as well as airport ground services. The opening of an apron with 40 aircraft stands is scheduled for 2022.

The construction of the third runway is a prerequisite primarily for Aeroflot, the airport’s base carrier which, after delays in the project, threatened to move some of its operations to another Moscow airport. However, Sheremetyevo’s efforts to get the project back on track have even won it several flights of Aeroflot’s subsidiary Rossiya Airlines, which were previously operated through rival airport Vnukovo.

Meanwhile, the Terminal C project is right on track for opening next year. Integrated with the already operational Terminal B, and specialising in domestic flights, Terminal C will offer an annual capacity of handling up to 20 million passengers, a number which will increase by a further 10 million once its second stage is completed in 2021.

One of the projects put off to a later date is the second stage of the Moscow Cargo terminal with a targeted annual capacity for 380,000 tonnes of freight. Initially scheduled for 2020 it has now been postponed to 2022. The airport’s spokesperson has explained to Russian Aviation Insider that SVO’s existing freight processing capabilities, including those of the second operator, Sheremetyevo Cargo, can successfully satisfy the current and future needs of airlines up to the year 2022.

In the first nine months of this year, Sheremetyevo posted 23.3 billion roubles (US$359,461) of revenue, up 9.6 per cent on last year. The cost of sales decreased by 3.2 per cent to seven million roubles in the period, and gross profit climbed by 16.2 per cent to 16.4 billion roubles, according to figures collated under Russian accounting standards.