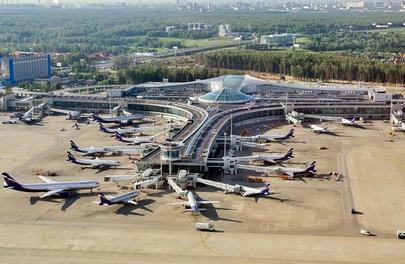 Moscow’s Sheremetyevo Airport reclaimed the title of Russia’s largest airport in terms of air traffic at the end of 2015.

Domodedovo had maintained the leading position among Russia’s top airports since 2004. However, sharp decline in international air travel and the bankruptcy of Transaero, one of its base carriers and Russia’s second largest airline, resulted in the airport’s traffic decreasing by 7.7% compared to the previous year.

Vnukovo demonstrated the highest growth among Moscow’s three airports, having increased its traffic by 24.2% to 15.82 million passengers. This growth promoted Vnukovo to Russia’s third largest airport in terms of air traffic, whereas St. Petersburg’s Pulkovo moved down to 4th place.

Pulkovo served 13.5 million passengers in 2015, having lost 5.4% of its traffic compared to the previous year, according to data provided by Fraport, which owns a stake in the airport’s managing company. This is the result of international carriers’ fleeing the market as well as the airport’s base airline, Rossiya, cutting its international program in line with the policy of its parent, Aeroflot Group, which transferred many international flights to Moscow.

The most impressive growth rate among Russia’s top-10 airports was demonstrated by Simferopol Airport, the gateway to Crimea. It moved directly to 5th place with the YOY growth at 80% (to 5.02 million passengers).

Another leisure destination, Sochi, also thrived on the growing popularity of domestic tourism in the wake of Russia’s weakening national currency. Sochi Airport served 4.09 million passengers, 33% more than in 2014, and moved up one slot to 7th place.

The 10th place on the list was occupied by Ufa. It served 2.3 million passengers with a minor decrease compared to the previous year. This enabled Ufa to outrun the previous year’s number 10, Samara’s Kurumoch Airport. The latter had 6.4% YOY decrease in number of passengers (down to 2.2 million people) what pushed the airport out of the top-10 list.