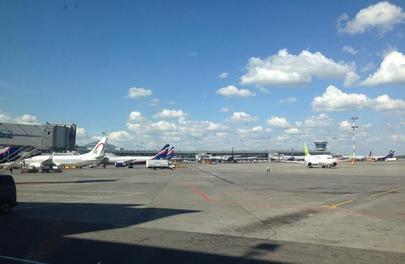 In the first five months of 2016, the number of passengers served at Moscow’s Domodedovo and Vnukovo shrank 7% and 24.5%, respectively (Photo by Russian Aviation Insider)

Sheremetyevo International Airport’s (SVO) throughput has continued its climb from the beginning of this year, while at Moscow’s other two airports, Domodedovo and Vnukovo, the number of passengers served has declined. This data is taken from the record of each airport of the period of January – May of this year.

Sheremetyevo has served 12.335 million people since the beginning of this year, an increase of 8.7% from the 11.350 million figure recorded for the same period in 2015. The growth includes international as well as domestic flights.

Flights within Russia to and from Sheremetyevo Airport carried 5.65 million passengers, up 14.4% from last year’s 4.938 million. The most popular domestic destinations include Saint Petersburg, Sochi, Simferopol, Krasnodar and Yekaterinburg. On international flights, Sheremetyevo served 4% more passengers—6.685 million passengers over 6.412 million from last year’s January – May figure. The most popular international destinations are Paris, Prague, Tel Aviv, Bangkok and Beijing.

At the end of Q1 2016, the amount of cargo carried through Sheremetyevo increased 9.2%, at Domodedovo it increased 0.2%, and at Vnukovo this figure decreased 25.4%.