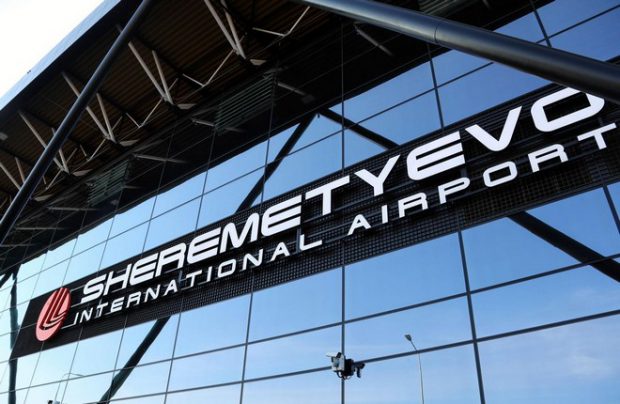 In September 2019, Moscow’s Sheremetyevo International Airport, the largest in Russia, became the first in eastern Europe to operate three runways. The airport is counting on the runways and its new passenger terminals to increase its passenger numbers by a factor of 1.5 to 65 million people by 2030. The target affords vast opportunities for Sheremetyevo’s Aeroflot base carrier, Russia’s largest airline, as well as its subsidiaries and SkyTeam alliance partners.

Today, Sheremetyevo International (IATA code: SVO), which is celebrating its 60th anniversary this year, continues to lead the Russian market in terms of operational results. Last year it was accountable for 47.1 per cent of the combined traffic volume of the Moscow Aviation Cluster, which includes the city’s three large airports of Sheremetyevo, Domodedovo and Vnukovo. For the first nine months of 2019 the leading airport handled 38.1 million passengers – roughly half of Moscow Aviation Cluster’s combined traffic and 22 per cent of the entire number of passengers who travelled through Russian airports.

An airport’s ground infrastructure is as important for airlines as are its pricing policies towards airline customers. Infrastructure restrictions can seriously impede airlines’ development plans. Previously, Sheremetyevo’s capacity has been limited by the closeness of its two adjacent parallel runways rendering it unable to handle simultaneous parallel operations. But with the construction of the third runway, the number of aircraft movements through Sheremetyevo has now increased from 60 to 90 per hour. The airfield capacity now matches the airport’s expanding passenger terminal capacity and also allows for future growth targets.

Sheremetyevo’s roadmap for 2020 includes the service entry of a new hangar complex adjacent to the third runway, which will feature an aircraft maintenance base offering seven hangars, ramps, ground handling equipment and other relevant facilities. The opening of an apron with parking for 40 aircraft slots is scheduled for 2022.

The launch of the third runway also provides relief for runway 1, built in 1953, and allows for its gradual reconstruction. Four taxiways will be repaired, and two more high-speed taxiways built to link the original runway with the airport’s new northern terminal complex. At the same time, the runway’s engineering and communications networks will be upgraded and fitted with an ice build-up alerts system.

In November, Russia’s aviation authority Rosaviatsiya issued an approval for the re-opening of Terminal C, which had been undergoing major reconstruction works. The rejuvenated terminal, which is designated for international flights, will serve its first passengers in January 2020. With more than 127,300 sq-m of floor area, it has the capacity to handle 20 million passengers per year and will be integrated with the existing Terminal B and linked with a five-storey car park with 2,500 parking slots reached by two covered passageways.

The second phase of the airport’s construction scheduled for 2021 will further expand its annual capacities by an additional 10 million passengers. For this, the construction of a new building, Terminal G, may begin in 2024 or 2025, and in the longer-term perspective, the airport is also considering the reconstruction of Terminal F.

“With all this in mind, taking into account the introduction of new passenger terminals, Sheremetyevo is planning to enter the premier league of the world’s largest aviation hubs, thereby strengthening its status as the main transit hub between Europe and Asia,” the airport claims.

Sheremetyevo has been at the forefront of multiple innovations. In January this year, for example, it was Russia’s first airport to introduce an automated passport control system for biometric documents.

COOPERATION WITH BASE CARRIER

National flag carrier Aeroflot has been developing at its Sheremetyevo home ever since the airport’s opening in 1959. In 2012, based on an agreement with the airport’s operator Sheremetyevo International Airport, the entire southern terminal complex (terminal D, E and F) was exclusively designated for serving the operations of Aeroflot, its subsidiaries and its SkyTeam alliance partners.

“Cooperation with Aeroflot is one and the first of three priorities in Sheremetyevo’s customer relations efforts,” the airport emphasises. An important pre-condition for its development was the 2013 through 2017 consolidation of the airport’s private and state-held assets. As a result, the reorganised company gained control of both aviation and non-aviation businesses, including ground handling, management of VIP lounges, duty-free shops, parking, advertisements, refuelling and cargo processing facilities. The new businesses have allowed Sheremetyevo to generate additional revenues, and its Aeroflot base airline has played a role in that as well. Prior to the consolidation, Aeroflot relied on its in-house ground handling division for all of its ground needs but, from 2019, these functions were gradually handed over to Sheremetyevo Handling. Aeroflot has also helped introduce new technologies at the airport, such as the system of coordinated decisions set by Sheremetyevo, Aeroflot and Moscow Automated Air Traffic Management Centre (part of State ATM Corporation), which now give real-time access to scheduled and actual data on flight status and aircraft handling.

The Aeroflot Group has artfully manages its growth in alignment with that of the development of Sheremetyevo’s ground infrastructure. In 2018 Aeroflot transferred its domestic flights to the new terminal B and, within the IATA 2018/2019 winter navigation season, the terminal handled some 400 flights daily. The new terminal B in the airport’s northern zone has the capacity to handle 20 million passengers per year. It connects with the southern section of the airport (terminals D, E and F) via passenger and baggage tunnels with automated light trains providing travel time between the terminals of just four minutes. This inter-terminal passageway system provides for efficient, minimum connection times.

Rossiya Airlines, the second biggest subsidiary in the Aeroflot Group, has transferred all of its Russian capital scheduled flights from Moscow’s Vnukovo to Sheremetyevo’s terminal D. By integrating Rossiya’s programme with Aeroflot’s existing connection flights, Sheremetyevo is therefore able to raise its transfer performance to match those of the standards of the world’s largest hubs. This has created a radical expansion of travel opportunities for passengers, allowing for better itinerary flexibility and financial efficiency. Whilst Rossiya’s Moscow operations are concentrated at Sheremetyevo, its historic base at St Petersburg’s Pulkovo continues to evolve as a regional hub, serving Russia’s north-western region.

Starting in 2018, Aeroflot and Rossiya introduced flat rates on routes between Moscow and the far east of Russia to improve that remote region’s transport accessibility. Rossiya operates long-haul Boeing 747s and 777s on these lines.

Improving the transport accessibility of regional centres across Russia’s vast territory and serving the population’s mobility are among Aeroflot Group’s big priorities. Its subsidiary airlines participate in state-sponsored programmes of compensations for socially significant air connection services between cities in the far east and European parts of Russia. The initiative, approved by president Vladimir Putin is also Aeroflot’s responsibility as the national flag carrier.

Since 2015, Aeroflot has been developing its flat-rate programme in which ticket prices are fixed for economy class travellers, irrespective of the purchase date. Flat rates are a purely social initiative aimed at making affordable air travel available between remote regions and the centre for the majority of the country’s population. The flat rates are currently valid for Aeroflot’s routes between Moscow and Vladivostok, Yuzhno-Sakhalinsk, Khabarovsk, Petropavlovsk-Kamchatskiy, Magadan, Simferopol, Kaliningrad. Rossiya Airlines joined the programme in 2018, thus substantially boosting traffic volumes on routes to and from the far east. For the entire 2018, 2.2 passengers benefited from the flat-rate offering of both airlines combined, up 41.3 per cent on the previous year. The number has now reached 6.8 million passengers since the programme’s launch in 2015.

In 2018 Aeroflot Group’s board of directors approved the new development strategy for the group up to 2023, called ‘100 by 100’ – in reference to its targeted handling of 100 million passengers by its centennial anniversary. Low-cost division Pobeda Airlines is tasked with generating the bulk of the group’s targeted growth by tripling its current traffic numbers to anywhere between 25 and 30 million by 2023.

Another large-scale project in Aeroflot’s agenda is the creation of a network of regional hubs across the country, at Sochi, Yekaterinburg and Novosibirsk, as well as an international transit hub at Krasnoyarsk. The aim is to provide direct air travel between regions to stimulate their economic growth.

In the meantime, Aeroflot is pursuing its international transit strategy at its Sheremetyevo base, capitalizing on the evident competitive advantages of the Russian capital’s geographical position. In one of its key markets – transit routes between Europe and Asia – Aeroflot saves up to three hours of flight time compared to similar flights of its rivals, whilst also keeping operational costs low and maintaining high standards of service. By 2023 the airline is expecting its transfer traffic numbers to swell to between 10 and 15 million passengers per year, strengthening Moscow’s status as a global hub. Aeroflot is accountable for the bulk of the entire group’s transfer traffic. In 2018 the number of transfer passengers increased by 3.6 per cent to 14.4 million passengers, which translates to a 40.7 per cent share of Aeroflot’s total traffic for last year. Aeroflot’s largest transfer flow is between Russia and foreign countries – representing 15.7 per cent of the airline’s total traffic last year. Some 4.8 million passengers used Aeroflot to travel from one foreign country to another with connection through Moscow. This translates to 13.6 per cent of the total traffic. Finally, the share of transfer passengers traveling within Russia was 11.4 per cent.

In 2020, Aeroflot Group’s low-cost carrier (LCC) Pobeda Airlines is considering transferring some of its flights from its Vnukovo base to Sheremetyevo, to enable a better code-sharing relationship with Aeroflot, Vitaly Saviev, Aeroflot’s general director revealed in an interview with Interfax newswire. However, he emphasised that the LCC will continue to operate from Vnukovo as its main base.

If the transfer goes ahead, Pobeda will be the only true budget carrier operating some of its flights from Sheremetyevo and, if the airport decides to proceed with the plans to launch the construction of a new terminal (terminal G) in 2024 or 2025, Aeroflot’s budget travel capabilities will rise to new heights, whilst the airport would undoubtedly benefit from LCC operations.

Aeroflot is continuing its efforts to maintain its fleet’s airworthiness at the highest levels and has initiated several MRO projects, including the construction at Sheremetyevo of hangar number 4 to provide for the maintenance and repair of Boeing 777 and Airbus A350 wide-body aircraft, as well as a facility for maintenance and repair of composite structures and a new flight simulator training facility, among other measures.