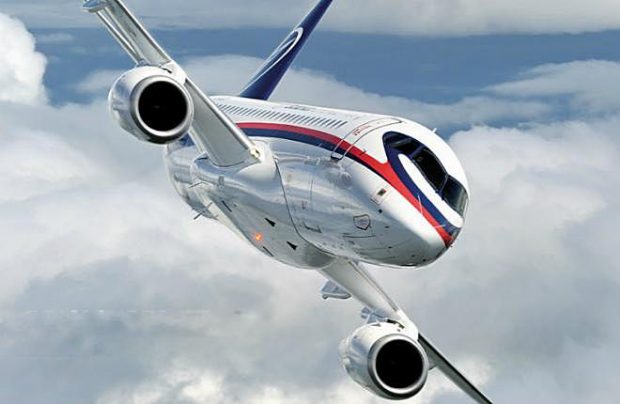 Dramatic reductions in orders for Russia’s regional Sukhoi Superjet 100 (SSJ100) aircraft has brought about a serious deterioration in the financial situation of its manufacturer Sukhoi Civil Aircraft Company (SCAC).

SCAC told Russian Aviation Insider that the company is expecting to increase revenue during the second half of 2019, since most of this year’s SSJ100 deliveries are scheduled for this period.

Since the beginning of this year, the company has delivered only three aircraft, compared to eight Superjet 100s in the first six months of 2018.

Two of these SSJ100s were received by Severstal Airlines which had signed a lease contract for four aircraft of this type from State Transport Leasing Company (known by the acronym GTLK) last September. One aircraft was delivered to Azimuth Airlines, with another SSJ100 planned for delivery later this year.

SCAC currently has only a few options to deliver its aircraft at the moment. Mexico’s Interjet, its largest international customer, froze further deliveries of the SSJ100s after accepting an initial 22 of 30 aircraft on order. Another foreign customer – Ireland’s CityJet – also suspended deliveries after its client Belgium’s Brussels Airlines revoked its wet-lease plans for the Russian-made aircraft. CityJet had ordered a total of 15 SSJ100s, with an option on 16 more, but only seven have actually been delivered.

Furthermore, in April, Slovenia’s Adria Airways withdrew from a potential deal for 15 Superjet 100s, but it is to be hoped that Thailand’s Kom Airlines will proceed with the delivery of the first of six SSJ100s this autumn. Meanwhile, Russia’s Alrosa Airlines had intended to replace its vintage Tupolev Tu-134 and Tu-154 aircraft with two leased SSJ100s in 2019, acknowledging its intention in November last year. These deliveries were scheduled for the first half of the year, but a firm deal has not been sealed.

Then, this May, Yamal Airlines cancelled its options for 10 Superjet 100s, citing their high operating and maintenance costs.

SCAC’s main hope for increased sales figures in the second half of this year relates directly to the order for 100 of the type from Aeroflot, a preliminary agreement for which was signed in September 2018. Previously, it was planned that the airline would receive these aircraft between 2019 and 2026. Currently, Aeroflot is the largest operator of Russian regional jets with 49 SSJ100s in its fleet.

In 2018, SCAC delivered a total of 26 SSJ100s against 30 in the year before. Alexander Rubtsov, the company’s former chief executive, who resigned in April, had explained that the reduction in supply was caused by PowerJet SaM-146 engine shortages, which arose because of a string of breakdowns of existing SSJ100s. Engines destined for newly manufactured aircraft were instead being used as substitute replacements for previously produced units.

Rubtsov also revealed that the aircraft manufacturer has to produce between 32 and 34 aircraft a year to make a profit.

After the loss of the SSJ100 aircraft in May 5 fatal accident, Russia’s Air Transport Operators Association, which speaks for the industry on behalf of its 20 airline members, raised serious question marks about the overall safety of the aircraft type.

According to the latest forecast from United Aircraft Corporation (UAC), the parent of SCAC, in the next 20 years the global demand for new aircraft with a capacity of between 60 and 120 seats (the category that the SSJ100 falls into) will be 4,610 units, of which 205 will be Russian, at an average delivery rate of 10 aircraft per year.