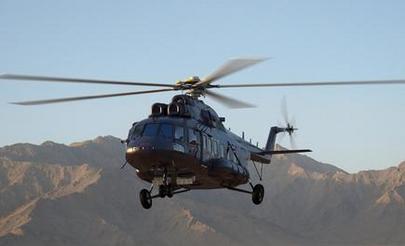 Russian Helicopters has introduced a second prototype of the Mil Mi-171A2 multirole medium-lift helicopter into the flight testing program, which will also include certification tests.

The second prototype is representative of the final design, including composite main and tail rotor blades and also an improved swashplate and rotor hub.

Also participating in the flight tests are the first prototype and a flying testbed, which is being used to test individual Mi-171A2 components ahead of the official certification trials.

The Mi-171A2 is a profoundly upgraded member of the Mi-8/17 medium-lift multirole family. It is powered by a pair of Klimov VK-2500PS-03 turboshaft engines, each producing 2,400 hp takeoff power. The powerplant has yet to be certified.