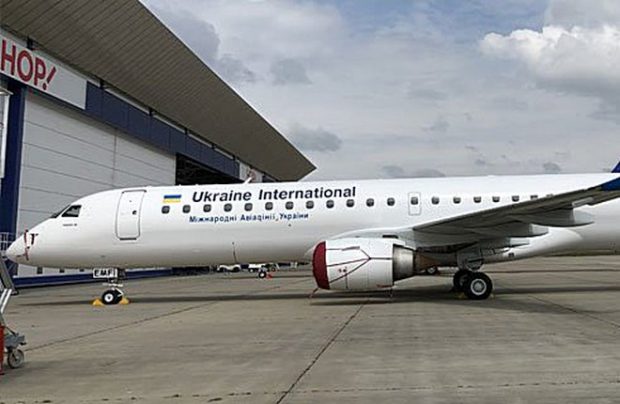 A second E195 is on operating lease from GECAS (UIA)

Ukraine International Airlines (UIA) has enhanced its fleet with the arrival of a second Embraer-195 mid-haul jet. The plane, registered in Ukraine as UR-EMF, is the seventh aircraft of the Embraer brand in its fleet and is on operating lease from GECAS.

Configured to accommodate 116 passengers in a two-class cabin layout, Ukraine’s national carrier expects to operate the new arrival across its medium-haul and domestic route network and is scheduled to inaugurate its first commercial flights on May 27.

“This is the second Embraer-195 aircraft to have entered the UIA fleet this year. The results of two months of operations of the first E195 – which joined the UIA fleet in the middle of March – have confirmed the operating efficiency of this type on UIA short-haul and domestic routes,” notes Evgeniya Satska, UIA’s communications director.

“Unfortunately, the delay in the delivery of three Boeing-737 MAX aircraft due to reasons beyond the airline’s control has forced us to revise and optimise the schedule. Some flights were cancelled and frequencies on a number of routes decreased. But the delivery of this [latest] aircraft will allow us to keep faith with our stated schedules and provide punctual and convenient flights for our passengers,” she adds.