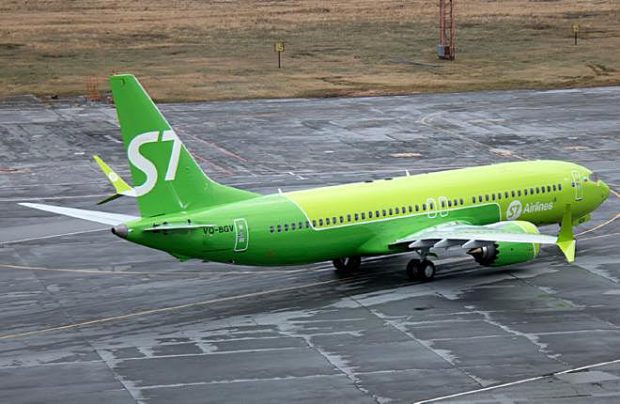 Russia’s Globus Airlines, a subsidiary of S7 Group and which operates under the S7 Airlines brand name, has taken delivery of its second Boeing 737MAX-8 from the US Air Lease Corporation. The latest aircraft (pictured), with tail number VQ-BGV, arrived at the airline’s Novosibirsk Tolmachevo airport home base on October 27 and made its first flight the next day to the Russian Black Sea resort of Sochi.

S7 Airlines’ second Boeing 737MAX entered service with the airline only 11 days after commercial operation of the type was inaugurated in Russia, making it the biggest operator of MAXs in the region. The airline is anticipating the delivery of a further nine of the type. S7 Technics, the group’s maintenance wing, has been endorsed for providing maintenance on Boeing 737MAX.

Kazakhstan’s SCAT Airlines, launch customer for the MAX in the CIS region and Central Asia, currently operates a single aircraft of the type. Globus’ Boeing 737MAX-8 is configured with 176 seats in a two-class layout, with 8 in business and 168 in economy (Svetlana Valaeva)