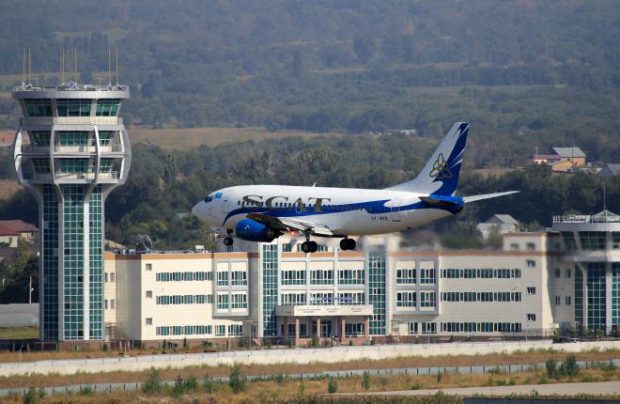 Last year SCAT carried 1.269 million passengers, up from 1.229 million in 2015. The growth rate was thus around 4%, which is double the average demonstrated by Kazakhstan’s commercial aviation industry on the whole. As the result SCAT’s share in the domestic market increased from the 20.7% in 2015 to 21.1% in 2016

“As you can see, we are witnessing a slight increase in passenger traffic regardless quite high levels of inflation. We think that the growth is linked to our flexible fare system and route network expansion,” the airline told Russian Aviation Insider.

Last year the carrier launched flights to several new international destination. In the spring it started flying from Kazakhstan’s capital Almaty to Xian in China. “The flight proved very popular with both Kazakh and Chinese tourists,” SCAT commented.

In the summer last year the airline introduced two destinations entirely new for Kazakhstan, to Sochi in Russia and Batumi in Georgia. “Both leisure destinations appeared attractive to our passengers, and we intend to increase frequencies in 2017 to provide our passengers with more opportunities to enjoy vacations in the 2014 Olympic city and the hospitality of the Georgian resorts,” SCAT said.

In the fall and winter season of 2016-2017 the airline started flying from Atyrau to Baku in Azerbaijan, and from Almaty and Astana to Sanya in China. “These destinations, although new to Kazakh travelers, are proving very popular,” SCAT emphasized.

Before the end of 2017 the carrier expects to launch several new destinations in Russia, such as from Astana to Zhukovsky, St. Petersburg, Tomsk, Chelyabinsk and Tyumen.

Provided the Kazakhstan’s and China’s authorities grant their approvals, SCAT is counting on opening flights from Astana to Beijing, Urumqui and Xian.

“We should also keep in mind that Kazakhstan has been excluded from the black-list of countries that cannot operate flights to the European Union. We are preparing all the necessary paperwork and are planning up flights to several European countries,” SCAT said.

New domestic lines are also in the plans. SCAT is likely to demonstrate impressive growth rates once again in 2017, because flights to the new destinations will be operated at least twice a week, and a further frequency increase is possible. For instance, the airline plans to fly from Astana to Tomsk four times a week later.

It also intends to increase the frequency on the existing routes from two up to seven weekly flights, depending on the destination. “We are currently working on finalizing our schedule. We are not planning to drive up the fares in any categories,” SCAT emphasized.

Expanding route network will require increase of the fleet. “According to our fleet renewal program, several aircraft will enter service with us this year,” the airline said without specifying the aircraft types.