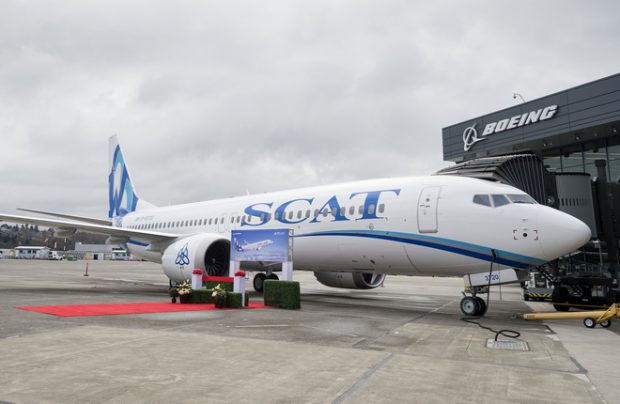 Kazakh private airline SCAT took delivery of its first Boeing 737 MAX 8 aircraft, one of the six that the carrier will operate as it expands its fleet and services. SCAT will be the first in Central Asia to fly the MAX, says the US airframer.

“Last year SCAT celebrated its 20th anniversary and it is very symbolic that we are entering a year of adulthood with the purchase of the newest aircraft type. We are confident that the acquisition of Boeing 737 MAX 8 jets will not only raise the level of customer service offered by our airline but will also give a new impetus to the development of Kazakkhstan’s aviation industry,” commented Vladimir Denisov, CEO and co-owner of the operator.

SCAT announced the MAX 8 order at the 2017 Dubai Airshow last November. The agreement, valued at $674 million in list prices, includes an option for five additional examples of the type.

With the new 737 MAX, SCAT will be able to expand its network: up to 14 new routes are about to be launched out of the airline’s base in Kazakhstan’s capital Astana, Denisov explains.

SCAT Airlines was established in 1997 and was originally based in Shymkent. It operates an extensive network of domestic services and also serves international destinations in the CIS. The airline has 12 Boeing airplanes in its fleet, including one Boeing 767-300, four 757-200s, one 737-700, three 737-300s, three 737-500s, and six Bombardier CRJ 200 regional jets.