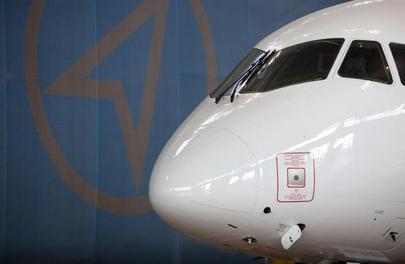 Kazakh carrier SCAT Airlines started training its technical staff to maintain Sukhoi Superjet 100 aircraft. Last year, the carrier signed a letter of intent for operational leasing of 15 SSJs, with an option for five more, with the State Transport Leasing Company.

Starting February 15, the Almaty-based affiliate of the Aviator Training Center in Moscow is training six of SCAT’s technicians to operate maintenance procedures for the SSJ 100, the center’s director Vladislav Berlev told Russian Aviation Insider. The training programs are approved by EASA and the Russian Federal Air Transport Agency. Upon successful completion of the programs, attendants will receive EASA Part 147 licenses authorising them for line and base maintenance of the type.

There are two groups of attendants: some will be trained in general maintenance procedures and others in landing gear and braking system maintenance, Berlev explained. “We are using the training tools developed by our center, including our unique virtual simulator. The theoretical course will continue until March 30, then we’ll offer practical training,” he said.

It is expected that the practical training will be conducted on Sukhoi’s premises in Zhukovsky, as well as at the carrier’s base in Kazakhstan.

In addition to SCAT staff, Aviator is training technicians from Comlux-KZ, the Kazakh division of Swiss business aviation operator Comlux. According to Russian Aviation Insider’s industry source, SCAT will take delivery of the first aircraft in the summer; Comlux-KZ in the autumn of this year. Neither Sukhoi Civil Aircraft nor the State Transport Leasing Company could provide a timely comment regarding delivery terms.

Aviator has already trained technical staff of several carriers, including Red Wings and Gazprom Avia, as well as MRO providers such as Vostok Technical Service, Tulpar Technics and AviaTechService to maintain SSJ 100. It has also trained Comlux-US technicians in Indianapolis.