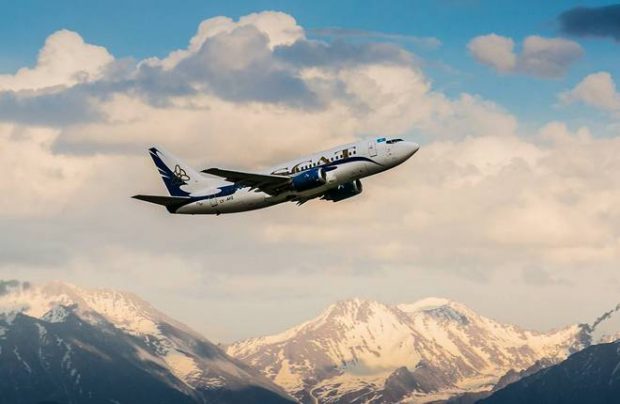 Kazakhstan’s second largest carrier, SCAT Airlines, has announced the launch of its project for developing a hub-model schedule from Astana airport. The carrier’s decision to increase the number of flights from the Kazakh capital is linked to the international EXPO fair being held in Astana this year.

According to winter flight schedule posted on Astana Airport’s official web-site, the only flight operated by SCAT from Astana now is to Kazan, in Russia. However the carrier announced plans to launch twice-weekly flights to another Russian destination, Mineralnye Vody, starting from June 2, and to Yerevan, Armenia, starting May 31. Both destinations have been in the airline’s route network from Aktau and have proven to be quite popular with travelers.

On June 6 SCAT launches flights from Astana to Zhukovsky, a new airport near Moscow, and will operate the flight three times a week.

All of the new flights will be operated on Boeing 737s. The carrier’s fleet now includes six aircraft of the type.

SCAT emphasizes its intentions to continue developing a hub at Astana airport. In February this year the airline’s spokesperson told Russian Aviation Insider that it plans to start flying from the Kazakh capital city to Russia’s St. Petersburg (the route is currently operated by Air Astana and Rossiya), as well as to Tomsk, Chelyabinsk and Tyumen, where it will be the only carrier.

Until recently SCAT’s main base was at the country’s largest airport, Almaty. Last summer the carrier operated eight international routes from Almaty, and just four from Astana.

Thanks to aggressive network expansion and flexible fares SCAT’s operational results growth rate was twice as high as the Kazakhstan’s industry average. Last year it carried 1.269 million passengers, up 4% to 2015 traffic.