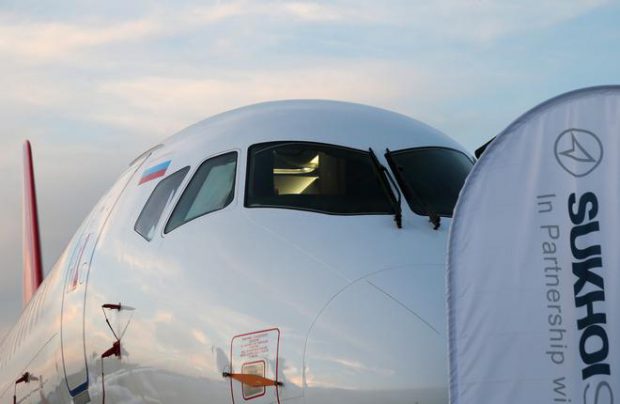 Sukhoi Civil Aircraft Company (SCAC) is set to begin marketing its Sukhoi Superjet 100 (SSJ 100) regional passenger airliner in China. At Farnborough International Airshow on July 12, the manufacturer announced plans to open what is to become its first overseas client liaison office in Beijing by the end of this year. The office will report directly to the SCAC Moscow headquarters.

Lee Li, who will head the Beijing office, told Russian Aviation Insider its functions will include SSJ 100 marketing, certification, and maintenance support, as well as arranging financial support for aircraft deliveries and participation in industrial cooperation projects. Lee identified both Chinese carriers and lessors as potential customers.

“We are opening our corporate office in China as a part of SCAC’s commercial strategy, in particular aimed at international key markets,” SCAC President Ilya Tarasenko commented. “China is a highly promising commercial aviation market and its potential grows year by year. Today Sukhoi Superjet [100] can lay claim to becoming one of the most sought-after regional jets in China.”

No information is available from SCAC as to when the SSJ 100 might be issued with a Chinese certificate. According to sources in Russia’s United Engine Corporation (UEC), PowerJet, a joint venture between UEC subsidiary NPO Saturn and French powerplant specialist Safran Aircraft Engines, have put together a dedicated team to take part in the Chinese certification of the SSJ 100’s SaM146 engine.

The Beijing office announcement follows SCAC’s earlier effort to promote the airliner on the Chinese market. In May 2015, its parent company, United Aircraft Corporation, signed a framework agreement with the Russia-China Investment Fund, the Administrative Committee of Xixian Fendong New Town of Shaanxi Province, and Chinese lessor New Century International Leasing on setting up a joint venture that would lease Superjets to operators in China and elsewhere across Southeast Asia. The new entity was expected to purchase up to 100 SSJ 100s within a period of three years, with deliveries to China to begin in 2016.

SCAC expected at the time to capture at least 10% of the Chinese market for regional airliners, which it estimated at 1,400 airframes for the next 20 years.

In China, the SSJ 100 will be pitted against both Western rivals and the locally designed Comac ARJ21 passenger jet, which commenced revenue operations in June this year.