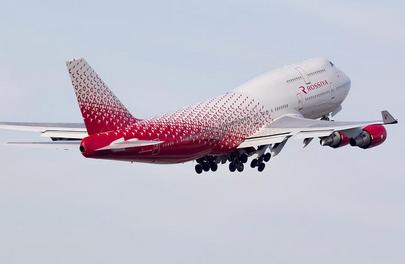 The airline has already received one Boeing 747 in Rossiya’s new livery. Another two aircraft are undergoing maintenance, and the third one is waiting for its turn for MRO (Photo by Fyodor Borisov / Transport-photo.com)

Sberbank Leasing plans to hand over the three remaining Boeing 747s previously operated by Transaero to Rossiya Airlines by mid-summer 2016, according to the director of the international business development department at Sberbank Leasing Pavel Piskun at the international Aircraft Finance and Lease Russia & CIS conference held in Moscow last week.

According to Pavel Piskun, two Boeing 747s are currently undergoing maintenance, while the third aircraft is in line for MRO servicing. One Boeing 747, painted in Rossiya’s new livery, has already been delivered to the airline.

In total, Sberbank Leasing agreed to hand over 14 aircraft, which were originally meant for Transaero, to Rossiya. In addition to the four Boeing 747s, this includes 10 new aircraft Boeing 737-800s, production of which has not begun yet. The original plan was to deliver these aircraft to Transaero Airlines by 2017—at present, the deadlines have shifted, and Rossiya will take delivery of the remaining aircraft in 2017 (the first one is tentatively scheduled for March of that year).

The destiny of yet another Boeing 737-800 is being currently negotiated; the Boeing was received by Transaero from Sberbank Leasing before the airline ceased operations.

In total, Rossiya Airlines was to receive 34 aircraft previously operated by Transaero. Along with Sberbank Leasing, the aircraft were to be leased out by VTB-leasing and VEB-Leasing. Experts agree that, in the end, Rossiya will receive fewer aircraft, since the poor state of some of them makes restoration unpractical. Besides this, there are some difficulties with engine and spare parts documentation. It concerns, first of all, wide-body aircraft. Presumably, Rossiya Airlines will receive only 25 aircraft from the former Transaero fleet.

During the Aircraft Finance and Lease Russia & CIS conference, experts particularly noted the work of the Dutch leasing company AerCap, which had leased 10 aircraft to Transaero Airlines. As the lessor had begun to retrieve its fleet early enough, it already managed to re-lease some of the withdrawn aircraft. According to open sources, AerCap had leased four Boeing 767s, five Boeing 737-700s and one Boeing 737-500 to Transaero. AerCap preferred not to comment on the future of the aircraft from the bankrupt airline’s fleet.