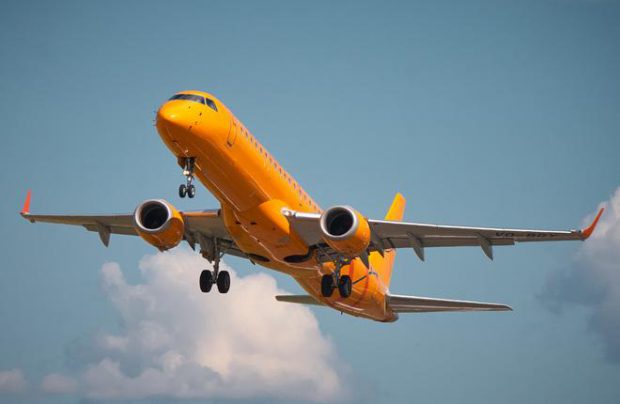 Russia’s Saratov Airlines has announced plans to double its fleet of Embraer E195 (ERJ 190-200) regional airliners. In the first quarter of 2018 the carrier will lease two more of the type.

The additional aircraft will be supplied by GE Capital Aviation Services (GECAS), which is also the owner of the two Embraers which Saratov currently operates.

The airline is adding capacity to match the expansion of its route network. It has also expanded its fleet of Ukrainian-designed, Russian-built Antonov An-148-100V regional aircraft. The operator has five of the type in service, and expects to introduce the final, sixth aircraft early next year.

In the run-up to taking delivery of two more Embraers, Saratov Airlines is opening a line maintenance station at Moscow’s Domodedovo airport. The carrier has performed periodic maintenance on its E195s at its in-house facilities at Saratov airport since 2015.

Heavy maintenance operations on the type are outsourced to Polish MRO provider Linetech.

The Saratov-based carrier is Russia’s only E195 operator. It has been flying the type since 2013. In June 2017, Saratov Airlines was named the world’s leading operator of ERJ190 (the common name for the E190 and E195 models) by utilization rate at 12.11 hours per aircraft per day on average.

Apart from the Embraers and the An-148s the airline has Yakovlev Yak-42D airliners, which it is planning to replace with newer-generation aircraft.

In the first six months of this year Saratov Airlines saw its traffic grow 64.9% year-on-year to 313,100 passengers.