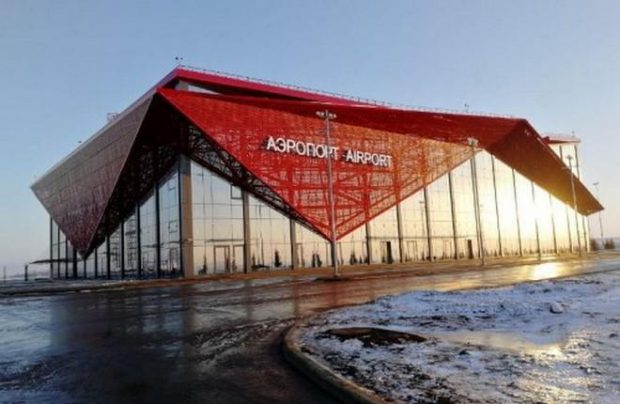 The domestic terminal has been put into service; the international one is to be inaugurated this May (Saransk Airport)

Saransk airport in Russia’s Republic of Mordovia has received the first scheduled flight after renovation, which involved airside works. The flight, which originated from Moscow’s Vnukovo airport, was operated by Pobeda Airlines.

Saransk’s only operational terminal at the moment is the one serving domestic passengers. As announced at this year’s National Aviation Infrastructure Show (NAIS 2018), construction of the international terminal is to be completed in March 2018, and should be launched in May this year.

The first test flight following renovation landed at Saransk on 28 December last year. It carried an official delegation led by Alexander Neradko, head of the Federal Air Transport Agency. Neradko issued the airport with a certificate of compliance.

S7 Airlines is planning to launch flights from Moscow’s Domodedovo to Saransk, the latter reports. Aeroflot and Saratov Airlines are also expected to begin flying to the airport at a later date.

The renovation effort at Saransk was prompted by Mordovia’s involvement in the 2018 FIFA World Cup as a host region. The project, which cost some 3.5 billion rubles ($62 million), was carried out as part of the federal program to develop Russia’s transportation system.

Construction works forced the airport to stop serving scheduled flights in January 2017. Saransk got more aircraft parking space, a permanent domestic terminal, and a temporary international one. Its only runway was extended to 3,321 meters. The airport is now capable of handling Bombardier CRJ200 and Sukhoi Superjet 100 regional jetliners, as well as Boeing 737 and Airbus A320 narrowbodies.

The domestic terminal has a surface area of around 7,000 square meters; the international one’s area is around 2,800 square meters. Their respective throughput capacity currently stands at 300 and 360 passengers per hour, and should be increased by the time the World Cup begins.

The airport was considered to be the most burdensome facility to be upgraded in the run-up to the soccer event. With its original throughput of a meager 100 passengers per hour, Saransk has never before seen as many travelers as the numbers expected this summer.