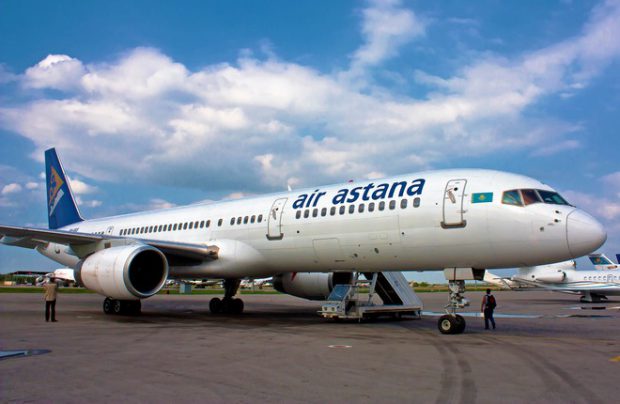 Beyond the Urals, S7T is the only Russian MRO provider qualified to perform heavy maintenance on this aircraft type and, besides, Novosibirsk’s Tolmachevo airport is only 1.5 flight-hours away from Almaty in Kazakhstan, minimising the ferry flight costs of a Boeing 757-200 aircraft.

Air Astana currently has four Boeing 757-200s in its fleet, which are gradually being replaced with modern types such as A321-200neo LR as part of fleet renovation programme. After its C-check at the S7 Technics Novosibirsk base, one Boeing 757-200 will be re-delivered to the lessor. As a result, the provider’s specialists will have to perform additional work on this particular aircraft.

The first such cooperation between S7 Technics and Air Astana began in 2016, since when the Russian MRO provider has painted eight aircraft at its Mineralnye Vody base and performed heavy maintenance on nine aircraft of the Kazakh carrier.

“In 2018, we signed a five-year aircraft maintenance agreement with Air Astana. Initially, Boeing 767 and Airbus A320 family aircraft were covered. According to the needs of the customer and S7 Technics’ great experience in Boeing 757 heavy maintenance, Air Astana decided to extend the contract to this type of aircraft. Specialists from the S7 Technics base at Novosibirsk have been performing heavy maintenance on the Boeing 757 [type] since 2013. Air Astana aircraft will be the 40th and 41st in their practice, ” Denis Sarbin, senior sales at S7 Technics, points out.