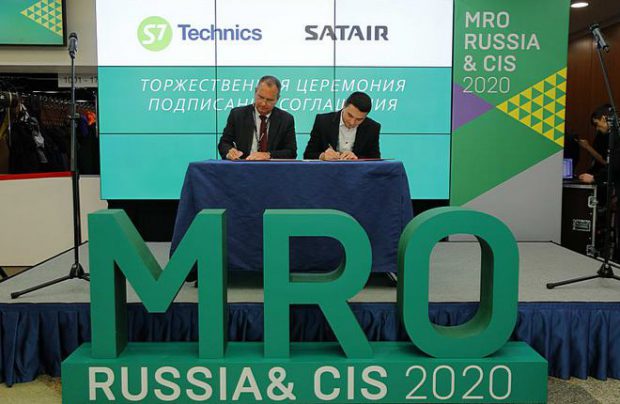 The multi-year deal covers the exclusive distribution of more than 350 part numbers from a range of suppliers and is the first of its kind directly linking Satair with customers in Russia and the CIS region. Furthermore, the agreement facilitates the possibility of growing the cooperation between S7 Technics and Satair even further over the coming years.

The new strategic partnership between the two companies will significantly expand the scope of S7 Technics’ maintenance capabilities, by increasing its overall productivity and allowing for a more efficient release of aircraft from maintenance checks.

Commenting on expanding its long-standing business relationship with S7 Technics, Terry Stone, Satair’s managing director and head of sales and support in Europe, the Middle East and Africa, says: “The agreement embodies an important milestone in customising services towards the customers and strengthening our presence in the region.“

Alexey Petin, the head of strategic procurement at S7 Technics, adds: “This agreement represents a key effort in advancing S7 Technics’ competitive positioning and the further servicing of our customers’ needs in the region. We are thrilled to grow our relationship with Satair.”

The company currently offers its services to Russia’s S7 Airlines, Aeroflot Group carriers and UTair, as well as to airlines from Europe, Asia, and the Middle East, with an annual provision of more than 100 heavy maintenance checks and more than 1,000 light maintenance procedures.