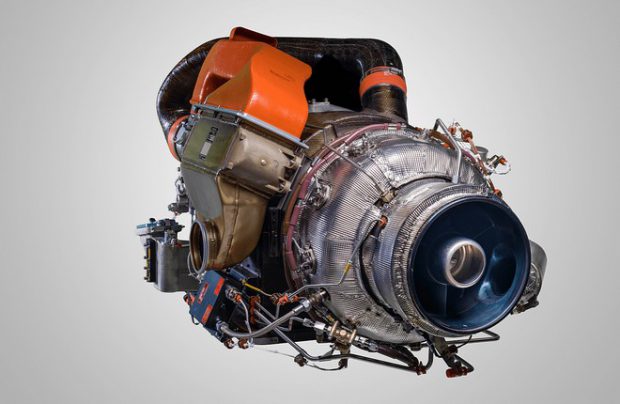 Russian maintenance shop for the APUs installed on A320, B737 and Superjet 100, is scheduled to become fully operational in 2020 (Honeywell)

American multi-industry conglomerate Honeywell and S7 Technics, Russia’s leading independent provider of aircraft maintenance services, have reached an agreement to create a maintenance and repair station for two types of Auxiliary Power Units (APUs) of the 131-9A/B and RE-220 versions, the first such facility of its kind in Russia and the Commonwealth of Independent States. The announcement was made at the MRO Russia & CIS convention currently held in Moscow.

The former APU is installed on the world’s most popular Airbus A320 and Boeing 737 narrow-body aircraft, and the latter on the Russian-built Superjet 100 regional jets. It is also possible to further expand the project’s capability to include maintenance of a third type, the HGT750 APU, which is installed on the nascent MC-21 aircraft that is currently undergoing certification in Russia.

The licence agreement, which has already been signed by both parties, makes S7 Technics the official Honeywell Channel partner, and as such it will be entitled to provide authorised APU maintenance services to customers.

The inaugural maintenance shop for the Honeywell-made 131-9A/B and the RE-220 APUs is to be located in Russia and will operate under EASA Part 145 approval. The details of the facility’s exact location and size are to be finalised at the end of this year and, after that, the partners will purchase and install the necessary equipment, including a test bench. In the first stages the project will require a staff of 20 engineers and technicians who will be hired and trained especially for the new facility.

The shop is scheduled to become fully operational in 2020 and within three years will reach an annual capacity of 50 units. S7 Technics shall perform APU Depot Level Maintenance which is defined as total disassembly, inspection, repair, reassembly and functional test of an engine.

The new Honeywell service capability will contribute to helping airlines in Russia and CIS save time and financial resources on shipping their APUs abroad.

By signing the agreement with Honeywell, S7 Technics has acquired yet another partner with a global name in aviation. In 2016 the Russian company partnered with Swiss SR Technics to launch CFM56 engine shop and Zodiac Aerospace Services to set up lavatory equipment repair facilities.