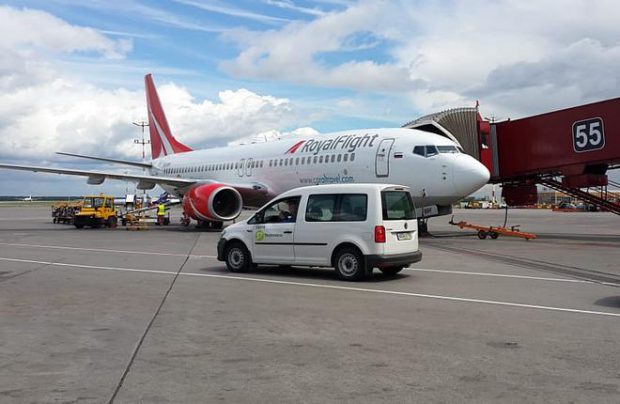 The new station is managed by S7 Technics’ subsidiary S7 Engineering and is the first located outside of its two main bases at Moscow’s Domodedovo airport and at Mineralnye Vody. The latest station offers round-the-clock support and is fully approved for the provision of line maintenance, non-destructive testing (NDT) and structural repairs on the Airbus A320 family of aircraft, as well as for Boeing 737NGs and Russian-built Superjet 100 regional jets.

“The highly qualified engineering and technical staff of this line station, working in four shifts at Sheremetyevo to provide 24/7 service, is ready to render full support to customers, and is supplied with the complete range of equipment and tools necessary for servicing aircraft on any call within S7 Engineering’s capability list,” reveals Vladislav Kotenko, S7 Engineering’s line stations management director. “We offer round-the-clock logistics support, including a portable store of spare parts and components, etc,” he adds.

Three line maintenance stations within S7 Technics Holding are run by its other subsidiary, Novosibirsk’s Tolmachevo-based Sibir Technic. They are located at the large airports of Siberia and the Russian Far East region, at Irkutsk, Yakutsk and Vladivostok. Sheremetyevo is the fourth MRO location for the specialist company, and the first in the European region of Russia.

One of the main reasons for the opening of a line station at SVO is the impressive development of the capital’s airport. It served 308,000 aircraft movements in 2017, a 13 per cent increase year-on-year. In contrast, the number of aircraft take-offs and landings at Domodedovo grew by only four per cent to 235,000 movements last year.

The line maintenance market at Sheremetyevo is particularly competitive though, with Aeroflot, A-Technics, Volga-Dnepr Technics Moscow and NW Technic all providing competing services there.