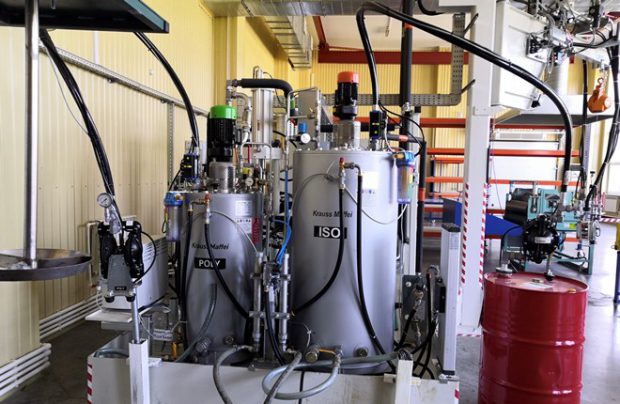 S7 Technics, Russia’s independent aircraft maintenance, repair and overhaul (MRO) service provider, announced the launch of the production of polyurethane foam cushions for aircraft seats (seats, backrests and headrests). The first and the only production of its kind in Russia and wider CIS will allow customers – airlines and aircraft seat manufacturers from Russia and eventually, from other regions – to cut their aircraft cabin refurbishing costs.

Located at the premises of S7 Technics’ site in Mineralnye Vody, the dedicated facility completed certification audit in July 2021 and obtained EASA approval for production of seat cushions along with EASA FORM ONE certificate. The new facility can produce up to 40 aircraft seat cushion sets annually for both economy and business class seats, as well as pilot seats. The company has already won several contracts for aircraft cabin refurbishments.

A major advantage of S7 Technics’ proposal for its customers is that the seat cushion replacement project is delivered on “turn-key” basis. According to aviation regulations, any aircraft modification requires individual preparation of a set of documentation, a service bulletin, development and production of the components, and finally the cushions can be installed on the seats inside the aircraft cabin. S7 Technics is certified to perform each of these stages. Works may be carried out in conjunction with aircraft maintenance checks or separately, both for the entire cabin or for individual seats.

“We are pleased to offer our clients an opportunity to refresh their aircraft cabins at significantly reduced costs. On average, the operator’s expenses for replacing seat cushions along with covers at S7 Technics may be only a half compared to expenses for the same type of project with a provider outside of Russia,” comments Artem Akhmedov, S7 Technics’ deputy general director for production and design of aviation components.

Earlier S7 Technics launched production of seat covers and other seat components, so manufacturing of cushions was a logical next step in the company competencies development strategy. Launch of this new endeavor, large-scale in terms of preparation and the number of experts involved, required careful planning and preparation. Altogether, it took some 18 months from the decision to its successful implementation.

Testing of the materials and polyurethane foam cushions was done at S7 Technics’ in-house Test laboratory in Novosibirsk. The lab is accredited in ILAC-MRA system based on ISO/IEC 17025:2017 requirements.