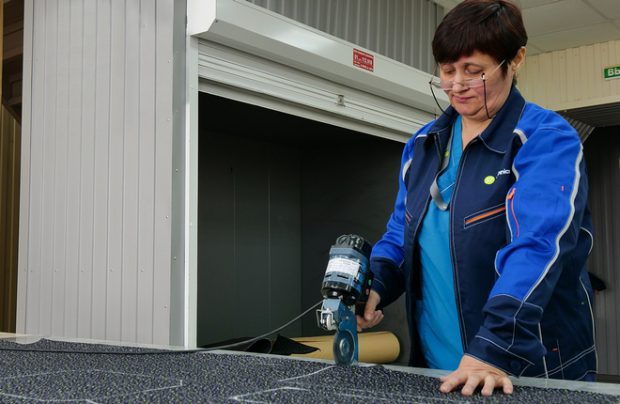 Airlines have a regular demand for worn-out carpets to be replaced on aircraft. As part of the EASA Part-145 approval, most of the cabin carpet production for Russian airlines’ aircraft are fabricated and changed during the course of base maintenance.

“Fabrication of aircraft cabin carpets under the EASA Part-145 approval has not only certain advantages, but also has a number of limitations. Therefore, recently, airline representatives have increasingly expressed their wishes to obtain new carpets with the certificate EASA Form 1, in order to organise a more rapid replacement,” says Mikhail Golovanov, the EASA.21G.0029 quality assurance manager at S7 Technics, Russia’s largest independent MRO provider.

The carpet production shop, which is approved by EASA Part-21 G certification, is located at the company’s Novosibirsk base and the presence of this approval now enables the maintenance, repair and overhaul (MRO) provider to produce and move stocks of carpets to other S7 Technics bases and install them on customers’ aircraft.