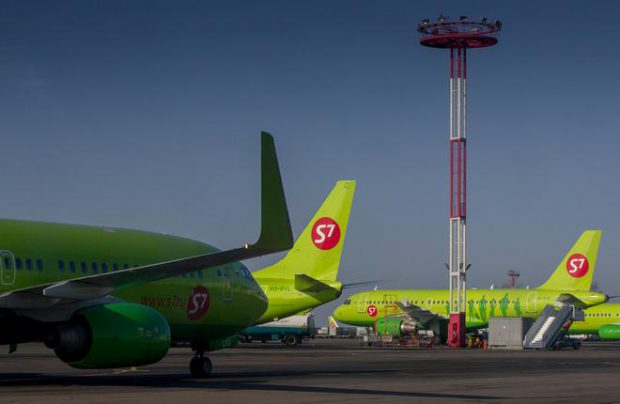 In July traffic of the carriers that make up the S7 Airlines Group increased 29.5% YOY, reaching 1.525 million passengers (Photo by Leonid Faerberg / transport-photo.com)

In July 2016 two airlines, which make up the S7 Group, continued to enjoy growth in passenger traffic. Traffic of Sibir and Globus (both operate under S7 Airlines brand name) grew 29.5%, reaching 1.525 million passengers. The airlines now occupy second and seventh place, respectively, in the ranking of Russian carriers by passenger traffic. Both airlines maintain their growth from the previous month, when they saw an increase of 29.3%.

Although there is no official data for the airlines’ traffic for the first seven months of this year, Russian Aviation Insider estimates that the carriers serviced 7.311 million passengers from January through July, an increase of 24.5% over last year’s figures for the same period. For the first six months, the growth showed an increase of 23.2%.

The increase in S7’s numbers can be explained by fleet expansion and by a seasonal increase in demand for air travel during the summer months. The market may also still be feeling the effects of Transaero’s exit last October.

The total passenger traffic of all Russian airlines in June decreased by 11.3%, and in the period from January through June, by 7.6%.