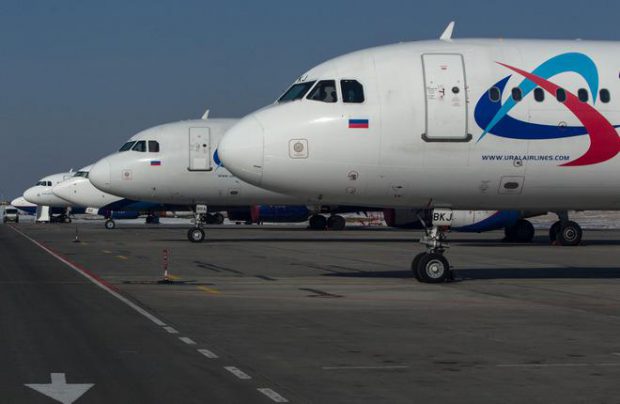 Despite the general fall in the Russian air transport market, the amount of passengers carried aboard two major Russian airlines, the S7 group and Ural Airlines, has continued to show growth. The June results for both airlines turned out higher than the May results.

For comparison, in May, the total amount of passengers for S7 increased by 18%, showing growth of 22.8% and 5.9% on domestic and international routes, respectively.

An S7 spokesperson commented that the results come from the airline’s decision to increase the frequency of flights on existing routes, as well as opening a few new international routes. The results of Q1 2016 were reached almost exclusively as a result of domestic routes.

From January to June 2016, Sibir and Globus together carried 5.786 million passengers, 23.2% more than a year before. In May, the growth shown from the beginning of the year was 21.4%.

Specifics from S7 have not been released, but judging from the Russian Air Transport Agency’s data, Globus has experienced faster growth. In the first five months of this year, Globus’s passenger traffic increased 29.9%, while Sibir carried 18.9% more. The government agency has not yet released information.

Ural Airlines carried 685.7 thousand passengers in June, a growth of 20% over last year’s results. In May, the increase was only 11%. Just like for S7, the difference for the first half of the year was not very noticeable: from January through June, the increase was 18%, to 2.660 million passengers.

The turbulent growth of the largest airlines on the Russian market comes as a result of a prolonged crisis on the Russian air transport market. The results of the first five months of 2016 show that the number of passengers carried by all Russian air carriers decreased by 6.5%, with a 14.3% fall in May alone.