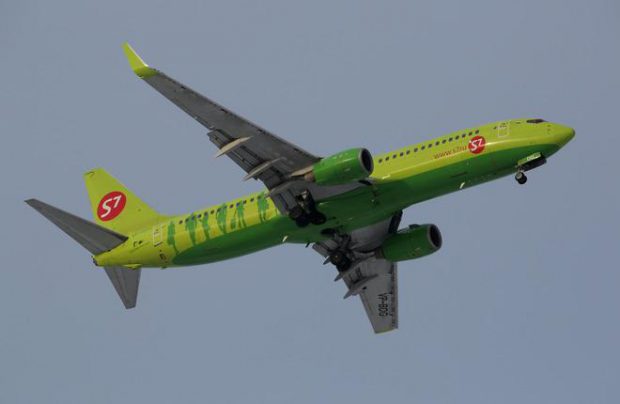 S7 Airlines Group, the parent company of S7 Airlines and Globus Airlines, has reported a 15.2% year-on-year growth in its combined March international traffic, to 238,600 passengers. To compare, the group carried 22.6% year-on-year in February. The downward trend runs counter to the dynamics across the Russian air transport industry.

The combined S7 and Globus passenger traffic has been growing at a steady pace. The two carriers served 773,600 passengers on internationally in March, up 17.3% year-on-year (compared to 16.2% growth in February).

Despite the slowdown, S7 Airlines continues to gain passenger traffic at a rather fast pace, with its international and domestic segments growing at approximetely the same rate. The carrier’s growth trend is largely in line with thepost-crisis recovery processes observed throughout the Russian air travel market.

One of the drivers behind Globus’s steep growth awere the six Boeing 737-800s delivered to the airline last year, bringing its single-type fleet up to 19 aircraft. S7 Group statistics aotomatically combine the two carriers’ performance figures.

In 2017, the group expects to improve its performance by launching regional operations with Embraer E170LR aircraft, the first of which has already arrived. A total of 17 Embraers are expected to be delivered in2017 and 2018. Three Airbus A321neos are also expected to enter service with the operator this year.