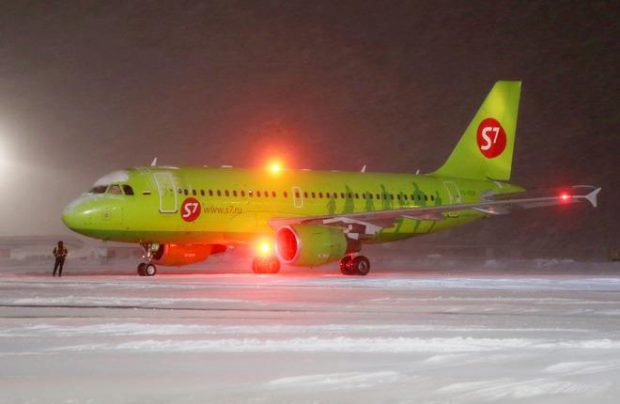 The carrier had lost the status in February 2017 (Fyodor Borisov / Transport-Photo.com)

Operational results of  S7 Airlines (Sibir) in January positioned it to reclaim its title as Russia’s second largest commercial air operator after flag carrier Aeroflot. The position had been held by Aeroflot’s sister company Rossiya Airlines since February 2017.

Igor Veretennikov, CCO of S7 Group (S7 Airlines’ parent company), earlier revealed that the carrrier had “registered steady traffic growth on both domestic and international routes” in January this year. With the mountain skiing season in full swing, the operator saw an increase in traffic to Sochi, Munich, and destinations in Austria and northern Italy.

In the cargo segment, LCC Pobeda Airlines grew at a breakneck pace in January and made it to the top five for the first time, ranking third with 2,500 tons (142 times up year-on-year). The growth was achieved through fleet expansion, and also thanks to bringing turn-around times down to 30 minutes.

Pobeda actually managed to surpass one of traditional market leaders, Volga-Dnepr Airlines, which ranked sixth with 1,900 tons in January (down 29% year-on-year).