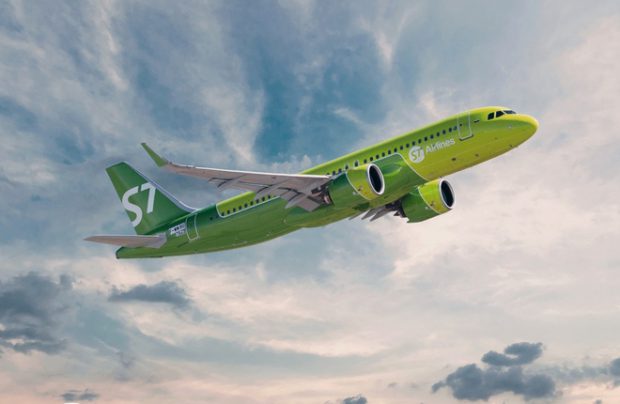 S7, which consists of the two carriers Sibir and Globus which merged into a single entity later last year, flew a record 17.945 million passengers in 2019, up 12.4 per cent year-on-year. The second largest Russian airline grouping last year also reported approximately the same rate of passenger traffic growth at a level 12 per cent compared with 2017.

In its key domestic markets S7 Airlines transported some 13.059 million passengers, 13 per cent more than in 2018. Growth on international routes, which generate hard currency, was 10.9 per cent. In 2019, the airline collectively transported 4.886 million passengers on international flights. Revenue passenger kilometres (RPKs) improved by 15.8 per cent over the course of the year, reaching 38.418 billion.

The airline attributes its buoyant figures to its route expansion strategy and its fleet development. “Last year, more than 30 new routes were added to the S7 Airlines map,” points out Igor Veretennikov, commercial director of S7 Group. “We significantly boosted our presence in the far east region of Russia, launched new international flights to Nice, Milan, Dalaman and Taipei, and also extended the list of our European destinations from St Petersburg’s Pulkovo airport. Last June, the total number of aircraft in our company exceeded 100, with our 100th airliner an Airbus A320neo. Today we operate 21 new-generation aircraft,” he adds.

S7 Airlines, which is in the midst of a major fleet upgrade programme, is planning to bring in a further 10 A320neos during this year. It also has pending orders for the deliveries of several Boeing 737 MAX-8s, but their hand-over dates remain uncertain because of the worldwide grounding of the jet type. The plan is for S7 to phase out all of its existing A320ceos and Boeing 737NGs by 2024, eventually replacing them with the newest-generation A320neos and Boeing 737MAXs, according to an October 2019 interview with S7 Group’s deputy director Grigory Davydov.

For the moment, S7 Airlines is continuing to focus its network on its two major hubs of Moscow’s Domodedovo and Novosibirsk’s Tolmachevo airports. But the carrier has also based several aircraft at Vladivostok airport in Russia’s far east to serve destinations in south-east Asia. From the coming summer season S7 is to add flights from Vladivostok to Tokyo’s Haneda airport, in addition to those that operate to Tokyo’s Narita airport. Currently, the airline is the second biggest carrier at Vladivostok’s Knevichy airport.

Another major development for the group has been the successful merger of Sibir Airlines and Globus, its two airline subsidiaries. Although both airlines had been marketed under the single S7 Airlines brand for many years whilst operating under the different flight codes of S7 for Sibir and GH for Globus, the group has now concentrated its entire aircraft fleet in the Sibir Airlines subsidiary, and has re-registered the Globus jets on the Sibir Air Operator’s Certificate (AOC).