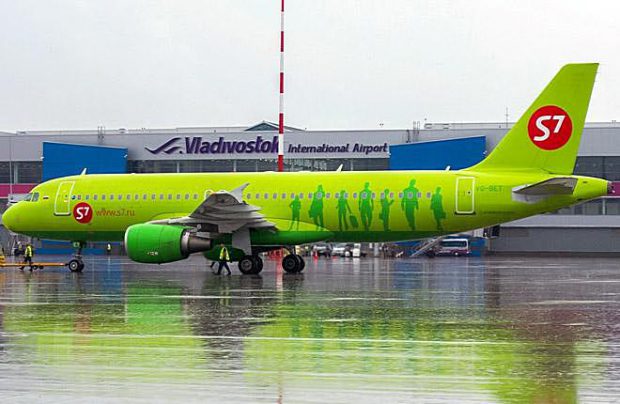 S7 Airlines, Russia’s second biggest airline grouping, significantly increased its passenger traffic on Far Eastern services in August and, as part of the implementation of its regional development strategy, the carrier now intends to increase the number of aircraft based at Vladivostok to four in October. In terms of passenger numbers, S7 Airlines is currently the second biggest carrier at Vladivostok airport.

“One of S7 Airlines’ development priorities is to strengthen its presence in the [Russian] Far East. In August, we carried 290,000 passengers on Far Eastern flights, including regionally and internationally. This is 38 per cent more than during the same period last year,” reveals Igor Veretennikov, commercial director of S7 Group.

To help the region, in the summer of 2018, the Russian government exempted VAT on domestic Russian air transportation to the Far Eastern Federal District up to 2025.

S7’s traffic in the District grew because of two other major developments: an increase in the frequency of flights on most routes in the region, and the opening of new flights serving Moscow-Blagoveshchensk, Vladivostok-Yakutsk, Irkutsk-Magadan, Novosibirsk-Polyarny, as well as international services from Vladivostok to Bangkok and Taipei.

S7 Airlines told ATO.ru, Russian Aviation Insider’s sister publication that, in the 2019-2020 winter season, the airline will continue to strengthen its presence in the Far Eastern Federal District and will launch flights from Vladivostok to Magadan, Krasnoyarsk and Vietnam, as well as a flight from Khabarovsk to Bangkok. To support these developments the carrier is to base a fourth airliner at Vladivostok airport from October. The type of aircraft is a question that S7 Airlines has yet to specify.

At the same time, the airline points out that its development plans in the Far East are being constrained by infrastructure problems. “In Vladivostok, the capacities on international routes are already full and it’s almost impossible to get new slots. On domestic routes, airport capacity is already approaching maximum, yet most of the Far Eastern Federal District’s airports do not work round-the-clock, and so not all [officially] available slots can therefore be used,” the S7 representative revealed.

2018’s passenger total at Vladivostok airport reached 2.634 million people, a 21 per cent year-on-year improvement, with S7 Airlines accounting for 21 per cent of that total. This is significantly lower than that of the Aeroflot Group members’ 51 per cent (Aurora Airlines, Aeroflot and Rossiya Airlines), but higher than that of South Korea’s Jeju Air, which is in third place with five per cent.