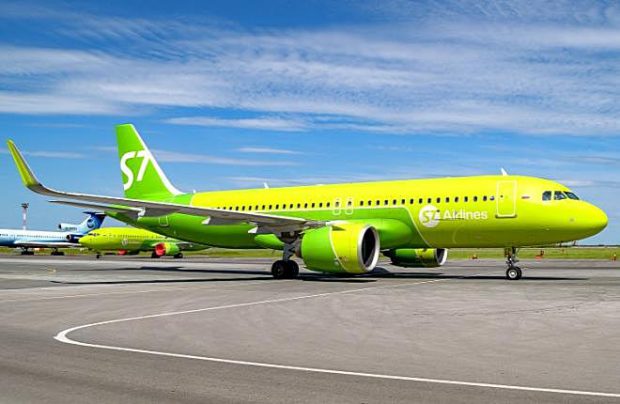 S7 Airlines has completed its fleet expansion programme for this year by taking delivery of its 17th Airbus A320neo. The aircraft with registration VP-BTX arrived at the airline’s Novosibirsk Tolmachevo airport base from Toulouse on December 22.

Russia’s second largest carrier now has the total of 21 A320neo family aircraft, including four bigger A321neos. S7 Airlines, which is pursuing a major fleet upgrade, is planning to add further ten A320neos within next year. It also has pending deliveries for several Boeing 737 MAX-8s, but their deliveries dates are now uncertain, due to wordwide grounding of the jet.

The latest A320neo is powered by Pratt & Whitney PW1127G and features the privately-owned airline’s traditional double-class cabin with eight seats in business and 156 seats in economy class. Its service entry brings S7’s total aircraft fleet to 101 units. At the same time the airline is phasing out its ageing smaller A319s – three aircraft of the type with registration numbers VP-BTT, VP-BTN and VP-BTS have already been retired.