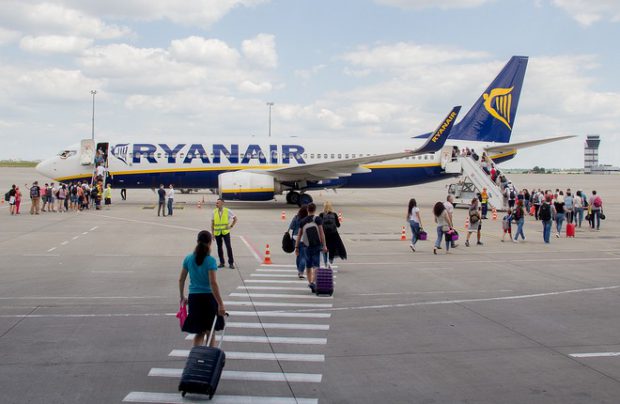 Ryanair will operate on 40 routes from the Ukraine cities of Kyiv, Kharkiv Odessa and Lviv this winter (Kharkiv airport)

Ryanair, Europe’s largest low-cost carrier (LCC), plans to transport more than 1.5 million passengers on its Ukrainian routes in the fiscal year April 1, 2019 through to March 31, 2020, its first full fiscal year of operations in the country. An airline representative has revealed to the Ukrainian portal avianews.com that this volume of passengers will be transported on 40 routes from the Ukraine cities of Kyiv, Odessa, Lviv and Kharkiv. The airline also plans to more than double the number of its flights and destinations from Ukraine from this year’s winter schedule.

Irish budget carrier has launched its flight programme to and from Ukraine 13 months ago – in September 2018.

In the meantime, Ryanair has already started developing its presence in other post-Soviet territories. From this winter’s schedule, Ryanair plans to open its first ever flights to Georgia, with a route from Milan’s Bergamo airport to Tbilisi (four times a week) and two new routes from Bologna and Marseille to Kutaisi (both twice a week). Ryanair will also connect Georgia’s capital Tbilisi to Cologne (twice a week) in April as part of the airline’s Summer 2020 schedule and expects to deliver 170,000 customers annually to/from these Georgian airports.

Besides, following the agreement of the Russian government to introduce a partial open-skies regime over St Petersburg’s Pulkovo airport, Ryanair was among foreign carriers which have expressed their interest in opening flights to Russia’s fourth busiest airport using the region’s new-found seventh-freedom traffic rights.