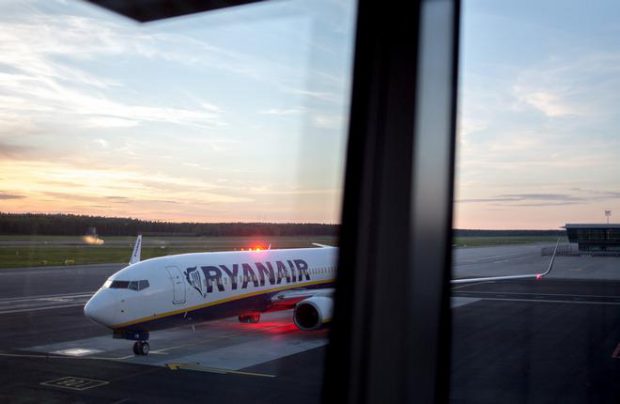 Ryanair has announced it will pull out from its original plan to launch flights to Ukraine starting in September this year. Europe’s largest low-cost carrier says in a statement it was forced to abandon “entry into Ukraine entry into Ukraine following Kiev airport’s failure to honour a growth agreement reached at the Ministry of Infrastructure with airport officials and the current Airport Director General, Mr Riabikin, in March.”

The airline also asserts that Kyiv’s primary airport chose “tto protect high fare airlines (including Ukraine International Airlines) and deprive Ukrainian consumers/visitors access to Europe’s lowest air fares and widest route network. As a result, Ryanair has no choice but to cancel [four] new Kiev routes and [seven] new Lviv routes, which will result in the loss of over 500,000 passengers and 400 jobs.”

The airline had already started selling tickets for its Ukrainian services, which it has it will now reimburse.

Ryanair’s intention to launch flights from Kyiv and Lviv were officially announced in March this year at a joint news conference with Ukraine’s Infrastructure Ministry. The flights were initially expected to start as part of the carrier’s winter schedule, but were later shifted to an earlier launch date.

When Ryanair was announcing the launch of its Ukrainian operations, it did not have a signed agreements with the Ukrainian airports in hand. Media speculated that the negotiations had been going on since last year, and that Kyiv’s Zhulyany Airport, run by a private company (Boryspil is government owned), had better chances of attracting the carrier. However, the Zulyany management discontinued negotiations at the last moment, citing unprofitable terms put forward by the Irish LCC.

At that point Boryspil became Ryanair’s only alternative around Kyiv. In March this year, Infrastructure Minister Vladimir Omelyan signed a confidential letter of intent laying out the terms of cooperation between the airport and the airline. A copy of the document was later leaked to media. It presumably includes four key provisions.

The airline’s primary demand is that it pay an airport $7.5 per passenger (as compared to the $20-24 charge normally paid by Boryspil’s existing tenants). In a bid to meet this requirement, the Infrastructure Ministry has ordered lowering Boryspil’s passenger fees from $17 to $13 per head. After that Boryspil adopted an incentive program. It offered discounts to airlines launching new destinations from the airport and greater preferences for greater traffic volumes. With these benefits on offer, the airport presumably managed to fit into the $7.5 charge per seat requested by Ryanair for its projected flights to Eindhoven, Manchester, and Skavsta.

At the same time, Boryspil declined to provide the Irish carrier with any discounts on its planned flights to London Stansted, saying that there were already flights performed from Boryspil to London by other airlines, albeit to other airports.

This, as well as Boryspil’s reluctance to freeze the reported passenger fee requirement at $7.5 for the next four years and the carrier’s reported demand that any disagreements be disputed underBritish legislation, apparently led negotiations to a standstill. At the time of publication, Ryanair had pulled out of its plans to enter Ukraine.

Ryanair’s flights to Lviv have been cancelled as well, although negotiations with that airport appear to have progressed seamlessly and an agreeement was signed several weeks ago. However, Ryanair initially insisted on launching service from two airports at the same time, so the airline’s failure to reach an agreement with Boryspil automatically involved cancelling Lviv.