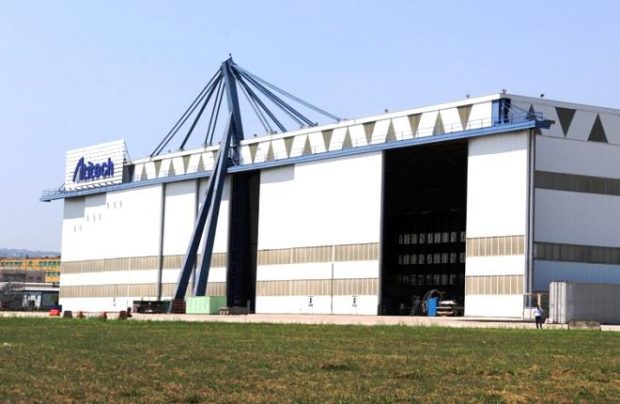 In an effort to create a dominant force in the business of Russian aircraft maintenance, repair and overhaul (MRO) services, whilst at the same time re-establishing a once strong partnership with the Italian aerospace industry, Russia’s state mega-corporation Rostec and its MRO arm Technodinamika has signed an agreement with Italy’s Atitech Spa to build an aircraft, engine and component maintenance centre in Moscow.

The initial memorandum of understanding for the project was originally signed by Sergey Chemezov, the general director of Rostec , his Technodinamika peer Igor Nasenkov and Atitech’s executive director Gianni Lettieri in January, with a joint venture set up in Moscow in accordance with Russian law on June 7, 2018, reveals Atitech’s Facebook post.

The project’s roadmap includes the construction of a new MRO centre within a two-year timeframe. At present, the project’s partners are reviewing several potential locations in the Moscow region. The centre will possess equipment and competences offering both line- and base-maintenance of western-built jets, such as Boeing, Airbus and Bombardier, as well Russia’s advanced MC-21 narrowbody airliner, and the Sukhoi Superjet 100 (SSJ 100) regional jet and their components.

An engine and gear strut repair business would be the next step in the JV’s business development, the Technodinamika’s statement claims. Also, Russian engineers and technicians will receive training at Atitech’s Naples-based Part 147-approved training centre.

“Technodinamika has accumulated extensive experience in providing aircraft maintenance and repair services. This cooperation with Atitech will help strengthen its market position and expand its presence in the Moscow region, where demand for MRO services is the highest in Russia. The new service centre will also become an important link in the aftersales support chain for the new MC-21 airlines,” explains Rostec’s Chemezov.

In a recent move, ACS, which is part of Technodinamika, was appointed as a main logistics operator for the MC-21 aircraft. ACS expects to receive its EASA Part 21 certification in two-to-three years time, allowing it to service aircraft interiors. Also, the company plans to expand its production facilities at Moscow’s Vnukovo airport, with the launch of a new site expected in 2018. In addition, ACS intends to become the second Russian company offering servicing of CFM International CFM56 engines.

This is not the first attempt of Rostec to create a joint MRO business with international partners. In 2013, it planned to set up an MRO facility together with Aeroflot and the Swiss’ SR Technics.