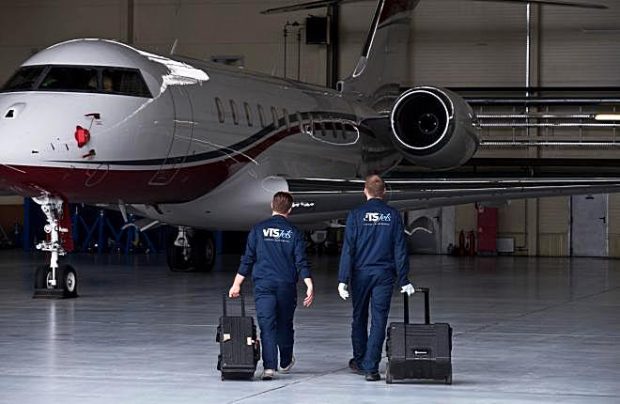 As an official authorised service centre, VTS Jets, which has already been providing line maintenance for Bombardier business jets (except for Learjets), a brand which is very popular with Russian clients, will now be able to offer customer support services, as well as personnel training for line maintenance of Canadian-produced business jets.

The company says it had reached the maximum level of competence in terms of line maintenance of Bombardier jets, and that its ultimate goal is to offer base maintenance services in a few years and to expand its spare parts pool in the near future.

Also, the provider is expecting to be certified by the end of this year for the maintenance of the newest Global 7500 ultra-long-range business jet. “We’re now training the personnel. VTS Jets will be the first Russian MRO provider of Global 7500 jets,” Akopov added.

Previously, Bombardier had certified only two Vnukovo-3 based MRO providers, both of which are subsidiaries of foreign companies: Lufthansa Bombardier Aviation Services (LBAS), which is reportedly no longer doing business inside Russia; and Swiss-owned Jet Aviation Moscow. The latter was acquired by VTS Jets earlier this month in a notable deal for the Russian MRO industry. Although Jet Aviation Moscow Vnukovo will be re-branded as Jetport Technics, bit will legally remain a separate company, a 100 per cent subsidiary of VTS Jets.

VTS Jets is owned by Jetport, which is also located at the Vnukovo-3 business aviation centre.