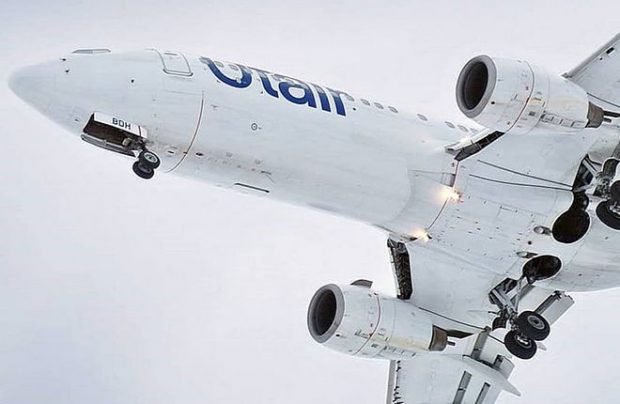 Russia’s financially troubled Utair Airlines has come up with a new development strategy for 2020 through 2025, RBC business newswire reports. The core of the rescue plan is a combination of a fleet renewal programme with the introduction of Boeing 737 MAXs, as well as concentrating on medium-haul services and the further development of its well-established helicopter business.

The carrier ended 2019 dropping to sixth place in the Russian airline league and remains in on-going negotiations with its creditors about restructuring its debts which, by the end of 2019, stood at 75.8 billion roubles (US$1.2 billion).

Utair currently operates 61 aircraft and plans a radical medium-haul fleet renewal programme before the end of 2025 by introducing 33 Boeing 737MAXs and 14 Boeing 737NGs. The resulting rejuvenated modern fleet will be only marginally bigger at 65 units though as, within the same time period, the airline will retire its entire existing fleet of 30 vintage Boeing 737-500s and six Boeing 737-400s – with an average age of 25 years. The first contract for six 737 MAXs was signed in 2016, but the worldwide grounding of the MAX fleet and the subsequent uncertainties regarding its production have forced the airline to opt for more NGs.

Utair also plans to maintain its regional fleet of 15 ATR 72 turboprops as well as three wide-body Boeing 767-200s for long-haul routes. However it says its main focus will in future be on the medium-haul services sector – routes in the range of between 2,500 and 6,000 km – as its main sustainable business, which it refers to as “the most promising in Russia in terms of development,” and “the only truly competitive market in Russian commercial aviation.”

The transition to a largely monotype fleet of 737 MAX/NG aircraft types will bring the medium-haul segments back to profitability – “and makes Utair the most efficient airline structure-wise by 2025,” the document reads. The rushed phase-out of 737CLs is also associated with expectations of further rises in fuel prices.

Utair does not intend to further develop its “risky” long-haul business. “The long-haul segment in Russia has shrunk down to Aeroflot and a small number of [leisure] charter carriers, so business in this segment is essentially markedly different from medium-haul,” the document suggests. Furthermore, the opportunities for long-haul development in Russia “are defined by price policies on routes to [Russia’s] far eastern region, namely the state subsidies on these routes, by policies of commercial [bi-lateral] rights distribution on international routes and by the airlines’ abilities to arrange sales of tour packages through a network of travel agents,” Utair observes.

As part of its future plans, the Surgut, Siberia-headquartered airline intends to continue expanding in the segments and markets it believes are strategically more suitable. One of these is direct regional air travel, despite it still being heavily dependent on state subsidies. “Regional air travel is a niche market and its development prospects depend primarily on an airline’s ability to attract state subsidies, a situation which brings with it high political risks,” the airline admits. A combination of such subsidies and additional funds raised on revenue-generating flights to Moscow are the only provisions that will keep this business sector in the black.

At the same time Utair also expects to develop its international business interests through its Utair Cargo division, which has been accredited as an official service provider for UN missions. Furthermore, its unique helicopter business is also on an upward curve. With a total of 205 helicopters in the fleet of its rotorcraft division, it estimates its share of the local market to be 44 per cent. Some of the airline’s creditors have suggested the company might sell off its revenue-generating helicopter business to pay off its debts, but Utair is strongly opposed to such a scenario.

The airline is in continuous negotiations for the restructuring of its three outstanding loans with a collection of 11 creditor banks. On February 11, Herman Gref, head of Sberbank, one of Utair’s largest creditors, announced that the negotiations had entered their final stage. However, Alexander Sokolov, head of Trust bank, another major creditor, said the next day that he had not seen any progress in those negotiations. “This process is taking a long time, and it’s forcing us to work on alternative scenarios and consider them seriously,” he warned.