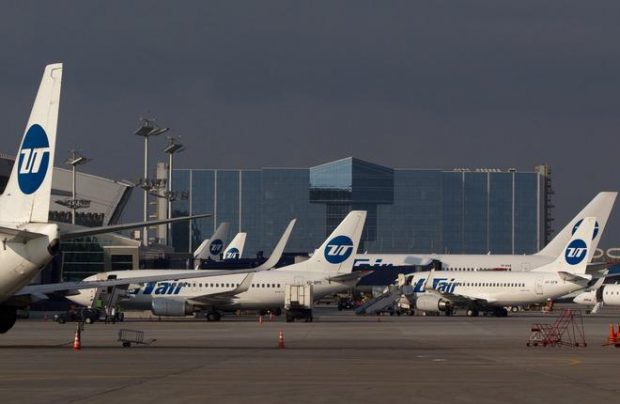 Permyakov presented a concept of so-called mini-hubs across Russia, which would connect Siberia, Volga Region, and the south of Russia into a “transport belt” enabling passengers to travel directly between regional airports rather than via Moscow.

UTair has already started to prepare for implementing the plan. Last year it deployed several aircraft to Russia’s Caucasus for basing, and introduced direct flights between a number of city pairs, such as Sochi – Krasnodar and Sochi – Mineralnye Vody. The airline also secured regional subsidies for these routes.

A regional hub was set up in Yekaterinburg, which accumulates feeder traffic from neighboring cities such as Tyumen, Surgut, Ufa, and others, and from where passengers continue on connecting flights.

One of UTair’s commitments is to make the holiday destinations in southern Russia accessible to rresidents of Tyumen all year round.

UTair is also gearing up for fleet expansion. Permyakov told Russian Aviation Insider that the program was originally planned to be launched this year but then got postponed until 2019. In the past several years the airline has refrained from massively adding capacity because of its restructuring effort. The only exception came in the form of a recently added Boeing 737-800. The carrier has also announced that it expects deliveries of Boeing 737 MAX 7 and MAX-8 narrrowbodies from next year. No plans for widebody airframes have been disclosed so far.

UTair’s ambition is to have completely renewed its fleet and added extra capacity by 2025. The first airliners to be replaced are the Boeing 737-500s, at a rate of four to five per year.

UTair carried 7.297 million passengers in 2017, up 9.6% year-on-year, ceding its fourth position on the list of Russia’s largest carriers to Ural Airlines. The traffic target for this year is 8.2 million passengers (up 12% on the 2017 results). The airline expects its revenue from passenger operations to reach or exceed 60 billion rubles ($1 billion).