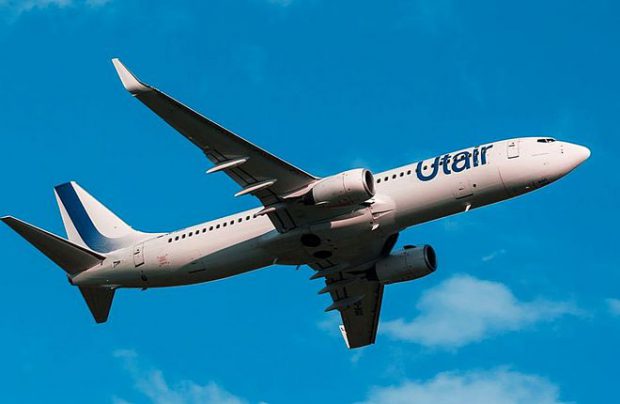 Although Russia’s Utair Airlines demonstrated a moderate improvement in its operational performance last year, it nevertheless lost its position in the country’s top-five ranking of Russia’s largest passenger carriers. It has now been surpassed by the fast-growing, low-cost carrier (LCC) Pobeda and also by the Yekaterinburg-based Ural Airlines.

In total, Utair last year served 7.762 million passengers, up by 1.7 per cent on 2018 at an average seat load factor of 83 per cent, a three-percentage point improvement year-on-year. The bulk of its traffic growth was generated through the development of operations from its regional hubs of Anapa (up by 29 per cent), Yekaterinburg (50 per cent up), Tyumen (12 per cent) and Ufa (20 per cent). Overall, the airline launched 21 new direct routes from these and other regional airports, avoiding Moscow. Additionally, it started offering international services on new direct routes between Ufa and Vienna and Makhachkala and Saudi Arabia.

Following Russian president Vladimir Putin’s call to develop more direct intra-regional routes, most of the country’s airlines have started to emphasise their efforts in this area in their public reporting. “Utair continues to increase its presence in the regions. Our target is to become the leader of regional air service,” the airline claims in a statement.

Among Utair’s notable achievements is its enhanced reputation from its status as Russia’s most punctual airline, with an impressive 99.18 per cent dispatch reliability.

The Surgut-headquartered carrier, currently at number six in the Russian airline ranking, links the country’s regions through a network of mini hubs at Yekaterinburg, Krasnodar, Krasnoyarsk, Mineralnye Vody, Tyumen, Surgut, Rostov, Samara, Sochi, Ufa and Khanty-Mansiysk. Its biggest hub remains Moscow Vnukovo though. Of its total number of 150 domestic and international services, 60 are operated exclusively by Utair.