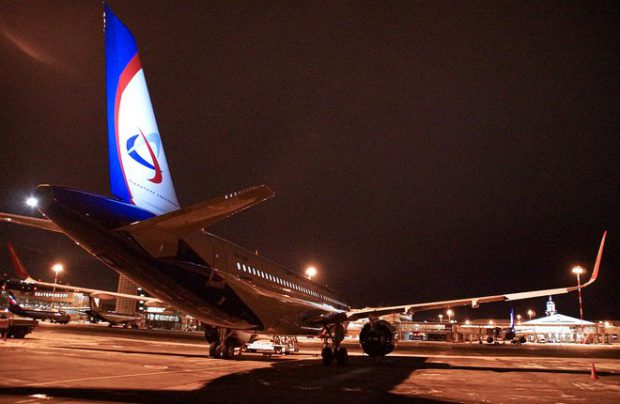 Russia’s Ural Airlines has taken delivery of an Airbus A320neo, the third of the type and fourth of the newest generation family in its fleet. The aircraft with registration VP-BRY is the 25th of the Airbus’s re-engined narrow-body family to be operated in Russia. Whilst Boeing 737 MAX deliveries are hanging in balance due to worldwide grounding, its European rival’s weight in Russian commercial aviation is continuously increasing.

Ural Airlines’ new aircraft arrived at its Yekaterinburg Koltsovo airport base from Hamburg on December 24 joining the neo fleet of two A320neo and an A321neo.

The delivery to Russia’s fifth largest airline follows hot on the heels of a recent arrival of another A320neo to S7 Airlines. The latter now operates 17 A320neo and four A321neo. It was the launch customer for Airbus’s newest narrow-body in Russia, when it added four of the type to its fleet in 2017. The number of deliveries increased to eight in 2018 and 13 this year, of which four joined Ural Airlines and nine S7 Airlines.

Deliveries of the A320neo family will continue into 2020 – S7 Airlines is expecting to add ten more aircraft, and Ural Airlines has a contract for another A321neo. Russia’s flag carrier Aeroflot is also known to be considering the European-built narrow-body.

In 2018, according to Russian Aviation Insider’s data, 44 per cent of Russian airlines’ combined number of passengers traveled on Airbus aircraft, and further 29 per cent, on Boeing.