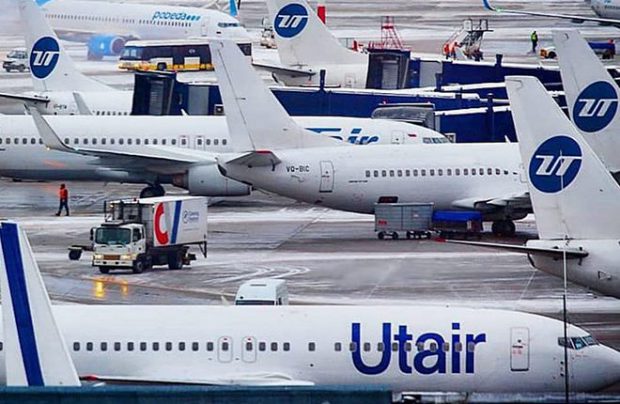 Utair is planning to sustain its business model and will apparently continue with the modernisation of its ageing fleet, including the addition of contracted Boeing 737 MAXs (Utair)

In the search for a solution to its financial woes, major Russian passenger carrier Utair Airlines has approached its creditors with another proposal for the restructuring of its huge debt, by soliciting the prolongation of its 31.4 billion rouble loans over a 35-year period at 0.01 per cent interest, reports the RBC media outlet, citing sources both within the airline and in financial institutions.

At an earlier stage of the restructuring negotiations the company’s creditor banks refused the airline’s straightforward plea to write off substantial part of its debt. Now the airline is suggesting a new plan for its entire 12-year loan of 23.7 billion roubles and half of its seven-year loan of 15.4 billion roubles.

Surgut, the west Siberia-based airline signed two agreements with a syndicate of 11 banks in 2015.

With the 31.4 billion roubles figure representing some 40 per cent of the company’s entire outstanding debts of 75.8 billion roubles, Utair is proposing the prolongation of the second half of its seven-year syndicated credit over 10-15 years – to be paid off with eight per cent ‘market average’ interest. In return, as security for the loan, it is offering a 56 per cent stake in Surgut airport and a 100 per cent ownership of Utair-Helicopter Services, as well as some aircraft and engines.

Utair posted 22 billion roubles losses last year (according to international accounting standards)  and auditor Ernst & Young stressed in its report that the main contributor to the negative position was “the losses of the preceding periods as a result of macroeconomic mayhem in 2014 and 2015.”

Furthermore, in 2018, the overall financial state of the Russian airline industry deteriorated, caused particularly by unexpected fuel price spikes and growing competition that resulted in a steady decline in airfares.

Bankruptcy of the airline would not be beneficial for its creditors, industry experts note. Instead Utair is planning to sustain its business model and will apparently continue with the modernisation of its ageing fleet, including the addition of contracted Boeing 737 MAXs.

Utair, which is currently sixth in the rankings chart of Russia’s largest airlines, transported some 2.26 million passengers in the four months from the start of 2019, representing a 1.2 per cent decline on the same period last year.